Emery has overseen a dreadful run of results that has produced just two wins from Arsenal’s last 11 Premier League games. The Gunners are eight points adrift of the top four, while an overdue return to the Champions League is almost certainly off the table for another year. It had previously been suggested that a lack of Champions League football could be what forces the likes of Aubameyang and Lacazette to move on, with the pair understandably keen to play at the very highest of European club football.

But there could be more to it than just falling short of Champions League qualification alone.

According to the Daily Mail, at least some Arsenal players have ‘serious concerns’ over Emery’s methods, fearing that he is ‘too conservative’ and that his tactical choices will be what potentially costs the club a place in the Champions League next season.

The report claims that the club hierarchy ‘believe’ those concerns will lead players to consider their respective futures at the Emirates Stadium. Focusing on Aubameyang and Lacazette, the Mail notes that neither has ‘shown an eagerness’ to sign a new contract, despite being in talks.

Things will only get worse in that respect if Arsenal continue to get poor results.

As things stand, Aubameyang is out of contract in 2021 and will have just 12 months left on his deal by the end of the season. Lacazette has a slightly longer contract until 2022.

Emery only signed a two-year contract, with the option of a further year, when he was appointed as successor to Arsene Wenger in 2017. It means that Arsenal were expected to review his future in the summer, but the Mail suggests sacking him now will cost £4m in compensation.

According to David Ornstein on the ‘Ornstein & Chapman Podcast’ for The Athletic, the plan for now is that Emery will still be in charge to take charge of the Europa League clash against Eintracht Frankfurt on Thursday night. 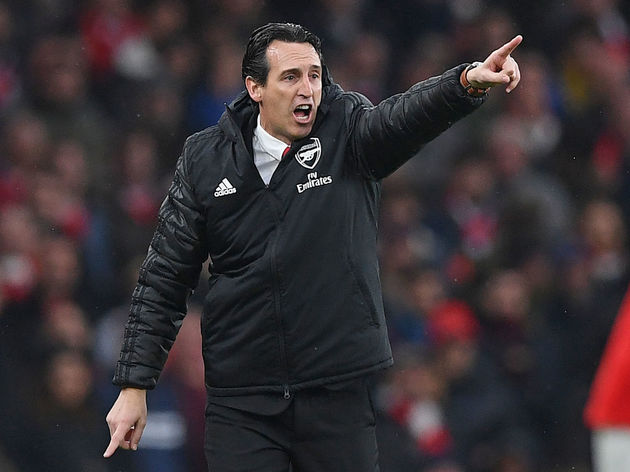 Ornstein backs up the idea that it was Arsenal’s plan to review the managerial situation in the summer, but hinted that results could change that and suggested that sacking Emery isn’t off the table if Gunners bosses feel there is no other option if results stay poor.

“It looks like it will be a matter of when rather if, and it will come down to results,” Ornstein said.