It has been a polarising start to life with ​Newcastle United for Allan Saint-Maximin. He has shown flashes of brilliance, but his end product has certainly left a lot to be desired.

In his nine appearances in the ​Premier League so far, Saint-Maximin has taken 15 shots, but is still looking for his first goal since his big move during the summer.

It's nothing to get too worried about just yet, because he has still looked exciting at times. However, excitement will only get you so far.​ ​Chelsea's crop of English talent have been fantastic this season, but one player who has been left behind is ​Ross Barkley.

The midfielder has not scored in his six appearances so far, despite having 15 shots on goal. That's hardly the record Frank Lampard will be looking for, especially when the likes of Mason Mount and ​N'Golo Kanté are impressing.

When ​Ruben Loftus-Cheek finally returns from his Achilles injury, first-team opportunities could be even harder to come by for Barkley.​ It shouldn't come as too much of a surprise to see an ​Everton forward on this list. The Toffees have looked thoroughly uninspiring for the vast majority of this season, and Theo Walcott's lack of form has not helped.

In his ten outings, Walcott has managed 16 shots but is still searching for his first goal of the season, which is the joint-worst return for any Everton player this season (the second may surprise you).

Goals have been hard to come by for Everton, so they will be desperate to see Walcott improve soon.​ Yes, many of those will have come from corners and free-kicks, but 16 shots is more than any other defender has managed this year. Mina isn't supposed to score a lot of goals, but you'd like to think he would have at least one by now.

If he put that kind of effort into his defending, maybe Everton wouldn't be in this mess right now.​ Like Everton, ​Southampton have not had things all their own way this year. The Saints are struggling towards the bottom of the league table, but that hasn't been for lack of trying from captain ​

Højbjerg managed four goals in 31 league appearances last season, but there is still plenty of time for him to match that tally this time around. ​Bournemouth's goals this season have tended to come from both Callum Wilson and Harry Wilson, but one man who is yet to get in on the action is towering midfielder Philip Billing.

An ever-present at the base of Bournemouth's midfield, Billing has started each of the Cherries' 13 games and fired 16 shots at goal, but he has drawn a blank each time.

Fortunately, that hasn't been a problem for Eddie Howe's side, as the goals have been flowing from other areas of the team. One of the most disappointing stars of the season has been ​West Ham United's Felipe Anderson. He was linked to ​Real Madrid after impressing last year, but things have taken a real turn for the worse.

The Brazilian has taken 17 shots in his 12 appearances this year, but is still waiting for his first goal. He hasn't even scored in Carabao Cup games against Newport County and Oxford United.

His lack of form is just one of many problems for West Ham to solve. They have been plummeting down the league table, so Anderson is not the only player to blame.​ 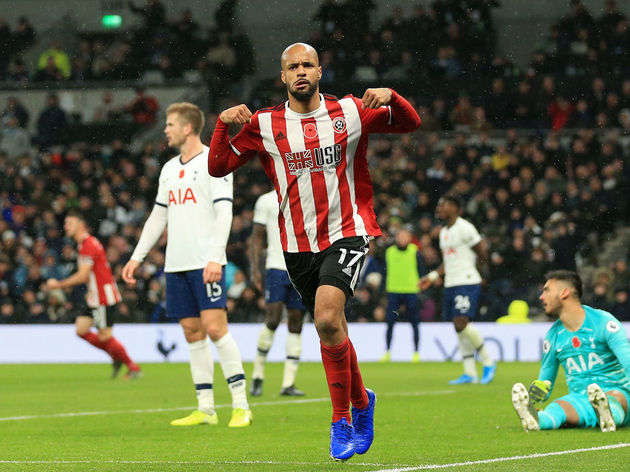 ​Sheffield United have been nothing short of astounding this year. The underdogs have taken everyone by surprise, and they've even done so without goals from striker David McGoldrick.

McGoldrick's tally of zero goals from 19 shots is bad enough for second place on this list, but it still hasn't cost him his place in Sheffield United's team. In his defence, scoring goals is not his job.

The 31-year-old's role in the team is to drop deep and pull the strings, creating space for the rest of his attacking teammates to come up with the goods. He has been doing that perfectly, and that's why the Blades have been doing so well.​ Miguel Almirón's struggles in front of goal for Newcastle have been well-documented. The Paraguayan has had 22 shots this year, but is still yet to find the back of the net.

The problem with Almirón is that he hasn't actually scored a single Premier League goal yet. He managed 19 shots in the second half of last season without scoring, so he is currently sitting on a grand total of 41 shots without a goal.

It gets worse for Almirón, who hasn't even assisted a goal for Newcastle yet. The club shattered their transfer record to sign him, and they are yet to get any form of return from their investment.