Milan were founded on 13 December 1899 by English expats Alfred Edwards and Herbert Kilpin. The club’s English heritage remains the reason for the anglicised spelling of Milano.

The 120th birthday is just over a couple of weeks away and the Rossoneri are going to celebrate with a new anniversary jersey and accompanying attire that will be released next month. But Footy Headlines have shared leaked images ahead of the official launch.

The simplicity of the thin red and black stripes makes the shirt stand out, with the design largely the same as the existing 2019/20 home jersey.

It features a round black neck and black sleeve cuffs. The famous club badge will be monochrome gold, with a ‘120’ graphic added below to signify the importance.

PUMA and Emirates branding will also be in the same gold print.

The gold additions are what makes the anniversary shirt different from the normal 2019/20 kit. 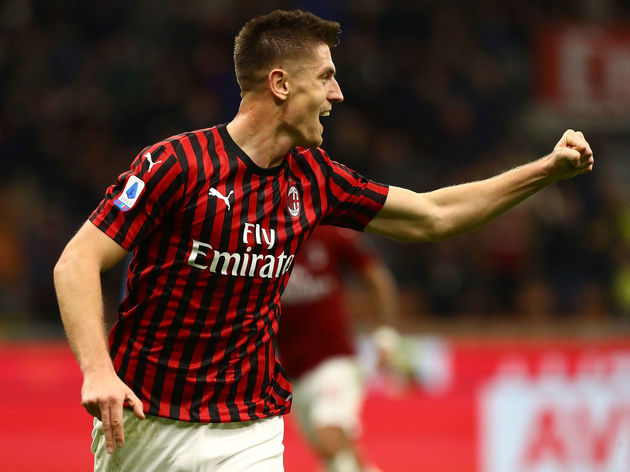 Kilpin’s famous words will feature in the bottom left corner of the shirt: “We’re going to be a team of devils. Our colours will be red like flames and black like our opponents' fear.”

A nod to Kilpin and that battle cry, which has remained a central pillar of the club since 1899, is already part of Milan’s other kit designs this season.

On the pitch, Milan continue to struggle to recapture their form of old. Under new boss Stefano Pioli, the Rossoneri sit 12th in the Serie A table after winning only four of their opening 13 games.

Milan haven’t played in the Champions League since the 2013/14 season and already look likely to miss out on a return to the elite European competition once more.