Napoli will have to face Liverpool in their Champions League group game Tuesday night without attackers Arkadiusz Milik and Lorenzo Insigne.

I Partenopei head to Anfield knowing a win would see them qualify for the knockout stages, but will be missing two of their key forwards to make that task even harder.

Area Napoli report that Carlo Ancelotti has confirmed Lorenzo Insigne will also be unable to travel for the game at Anfield, and is understood to be suffering from an injury to his elbow which forced him to be substituted during their weekend draw at Milan.

The Napoli captain has been an ever-present for his team, featuring 15 times this season, scoring four goals and providing in all competitions so far this season.

Milik, meanwhile, has been struggling with a muscle injury in recent weeks and was most recently forced to withdraw from the Poland squad during the international break to be treated to by ​​Napoli's medical staff. As a result of the injury, he's has been left out of his side's games against Genoa and AC Milan, and is remains unavailable for the trip to Merseyside. 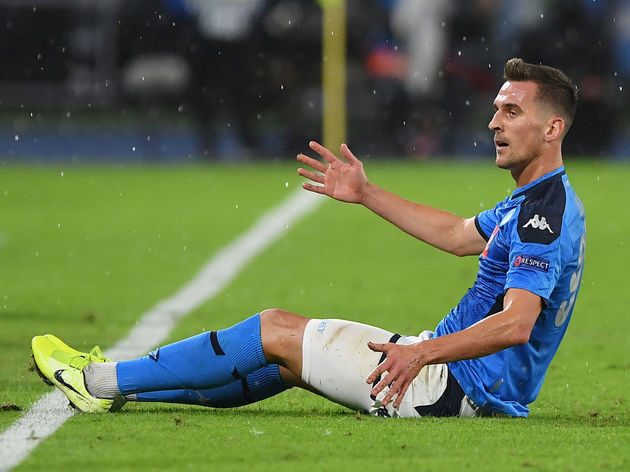 It’s been a difficult season for Milik, having only been able to feature in eight games in all competitions, but has been lethal in front of goal, finding the net five times. He's expected to miss another three weeks of action as Ancelotti's problems continue to pile up.

Without two key attacking players, the match against ​Liverpool has been made even harder for the Italian side, who have been the subject of an internal crisis recently.

Already fairly reliant on the likes of Belgian forward ​Dries Mertens and summer signing Fernando Llorente, Napoli may struggle to create the chances needed to secure a result at a tough ground.