​Gonzalo Higuain has revealed it was always his plan to stay at Juventus this season, following a whirlwind 2018/19 campaign which saw the Argentine play for both Milan and Chelsea.

Following the arrival of Cristiano Ronaldo during the summer of 2018, Higuain was immediately linked with a Turin exit and initially joined Serie A rivals Milan on loan. Things didn't work out at San Siro, resulting in another short term move to Chelsea, when Maurizio Sarri was in charge of the Blues.

While he struggled for form at Stamford Bridge, his prospects of staying at Juve increased when Sarri was named as Massimiliano Allegri's successor. He has since regained some of the form which made him one of the world's best strikers, recently scoring twice in the 3-1 victory over Atalanta. 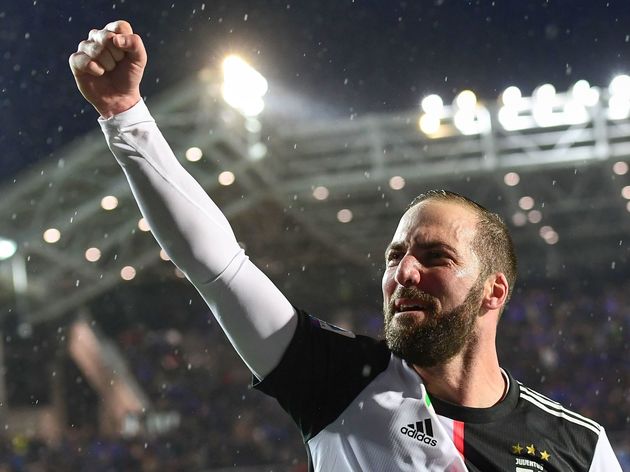 Speaking ahead of his side's ​Champions League clash with ​Atletico Madrid on Tuesday, ​Higuain said he wanted to stay at ​Juve and highlighted his relationship with Sarri.

He ​said: "I'm happy to be here where I have already experienced many great years. It was my intention to show everyone that I wanted to remain. We're in a good moment but there's still lots to do.

"With the coach I've experienced some of my best seasons. I know what he wants and I'm happy to work with him.

"My choice to stay was always clear but the coach was right: Something in my head needed to change. The season is still long and I must continue to prove my worth." The former Real Madrid forward also spoke of both his relationship with ​Paulo Dybala, who was also heavily linked with a summer exit, and Ronaldo, ​who is a doubt to face Atleti with a knee problem.

He added: "Every time Paulo Dybala and I take to the field we try to give our best and take advantage of our opportunities.

"We all know what a great player Cristiano Ronaldo is for us. We are all important and fundamental and everyone does their part to win."