​This weekend saw plenty of talking points in the Premier League, and there were countless moments which could play a huge role in shifting the outlook of the league.

Liverpool continued their dominance, Manchester City got back to winning ways, and Arsenal's slow, painful descent into chaos reached another low. Oh, and José Mourinho returned to management, did you notice?

Here are seven things we learned from all the action.

José Mourinho Is Back The main talking point from this weekend's action was Mourinho's return. Now leading ​Tottenham Hotspur, the boss passed his first test as his team toiled to a 3-2 win over ​West Ham United.

Mourinho's tactics were overwhelmingly clear throughout the game. His side were defensively resilient and electric going forwards, which has been Mourinho's winning formula all throughout his career.

He's back, and he's ready to take Spurs to the next level.​

Unai Emery Is on Borrowed Time With each passing ​week, it seems like Unai Emery edges closer to the exit door at ​Arsenal. However, Saturday's 2-2 draw with Southampton might just have been the final nail in his coffin.

The Gunners were thoroughly underwhelming against a ​Southampton side who have looked as bad as anyone this season, and they were seconds away from losing the game. Fortunately, ​Alexandre Lacazette came to save the day.

Fans could be heard vocally taunting the manager, pleading with the club's board of directors to put Emery out of his misery as soon as possible. People don't usually make it back from situations like this. Coming into this season, ​Sheffield United were supposed to be the lovable underdogs who were sent straight back down to the ​Championship. To Chris Wilder's credit, that's not how things have worked out.

​The Blades have been nothing short of astounding this year, and their fantastic 3-3 draw with ​Manchester United was a signal of their intent. They are here to pick up points, and it doesn't matter who gets in their way.

They capitalised on United's poor performance to storm to a 2-0 lead, before showing their resilience and determination to snatch a late equaliser. They're now sixth in the ​Premier League table, and nobody saw that coming.

Everton Are in Real Trouble 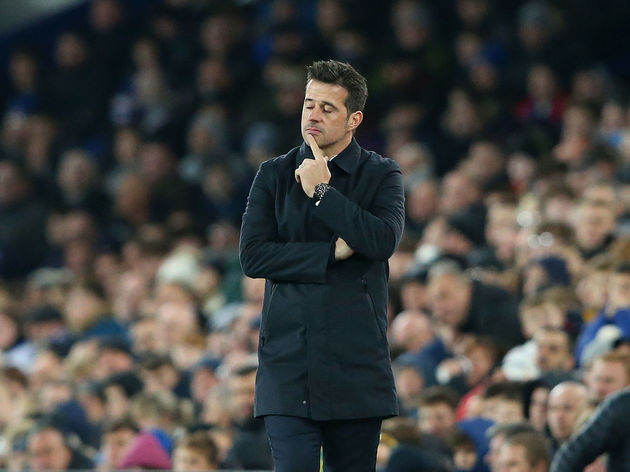 If you look at ​Everton's spending, you'd think they were one of the Premier League's elite sides. So, why are they sinking without a trace?

Things have been bleak, but falling 2-0 to ​Norwich City - the league's bottom side heading into the game - is inexcusable. ​That's six losses in 11 matches for Silva's side, and it's not like they have just been unlucky. The Toffees don't deserve any better than they are currently getting.

Given Everton's next three games are against ​Leicester City, ​Liverpool and ​Chelsea, things look like they're only going to get worse.

And So Are West Ham For all of Everton's struggles, there are still a handful of teams in even more trouble. One of those is West Ham, who looked utterly helpless during the vast majority of their 3-2 loss to Spurs.

Hosting Spurs has often lit a brand new fire under the Hammers in recent years, but it was the exact opposite in this one. Manuel Pellegrini's side lacked any desire, fire or passion, and they were beaten before they had even started.

It doesn't help when you've got Roberto - the goalkeeper in the worst form in England - in between the sticks, but West Ham need to sort it out. They're slipping into a relegation battle, and Pellegrini might soon be looking for a new job.​

Chelsea Are Not There Yet Chelsea have been one of the Premier League's biggest winners this season. Their young squad have exceeded expectations time and time again, but they came up just short in Saturday's 2-1 loss to ​Manchester City.

For a big part of the game, Chelsea did actually look like the better side. Their midfield was fluid and creative, and they proved exactly why the Blues are viewed as outsiders in the race for the league title.

However, City's quality was just too much. Once Pep Guardiola's side grew into the game, they never looked back, and Chelsea were powerless to stop them. Frank Lampard's side looked good, but there is still work to do.​

Christoph Zimmermann Could Be the Difference for Norwich

In his first game since August...

For all of Norwich's attacking endeavour,​ they have been woeful defensively. They found themselves stuck at the bottom of the table, but picked up a much-needed win over Everton to climb closer to safety. Perhaps most importantly, they did so with a clean sheet.

The Canaries were outstanding defensively, and they owe a lot of that to the returning Christoph Zimmermann. The centre-back's partnership with young Ben Godfrey was exactly what Norwich have been missing this year, and it should come as no surprise that the pair were successful together.

There's still a long way to go, and Norwich are not going to keep clean sheets every weekend between now and the end of the season, but they should keep a whole lot more with Zimmermann in the side.