​Manchester City can guarantee their progress into the next round of the Champions League with a victory over Shakhtar Donetsk at the Etihad on Tuesday night.

Pep Guardiola's side currently sit five points clear of second placed Shakhtar at the top of Group C despite having to put Kyle Walker in goal during their 1-1 draw with Atalanta last time out.

They have had a mixed start to the Premier League season, currently sitting third, nine points off leaders ​Liverpool, but advancing in Europe would definitely be a morale boost.

Although they'll be favourites to do that on Tuesday, Shakhtar are no minnows, and City will have to be at their best to overcome the team with a 13 point lead at the top of Ukrainian Premier League. All three of ​Manchester City's substitutions in ​Saturday's 2-1 victory over ​Chelsea were forced by injury, meaning Pep Guardiola's lengthy injury list is set to expand.

The former ​Barcelona and ​Bayern Munich manager said that the injury to ​Sergio Aguero was 'bad', and hinted that the Argentinian could face a lengthy spell out, while ​David Silva and Rodri also picked up muscle problems during the game.

They join Oleksandr Zinchenko, Leroy Sané and Aymeric Laporte in the treatment room, while ​Claudio Bravo is suspended for the red card he picked up against Atalanta. ​Bernardo Silva is available though after serving his suspension for a tweet relating to ​Benjamin Mendy. Despite their impressive domestic form, the visitors have long term injuries of their own to the likes of Andrii Totovytski, Maksym Malyshev, Oleksandr Pikhalionok and Manor Solomon.

They will also be without key forward Marlos who will miss the game due to suspension. Midfielder Alan Patrick is also suspended. 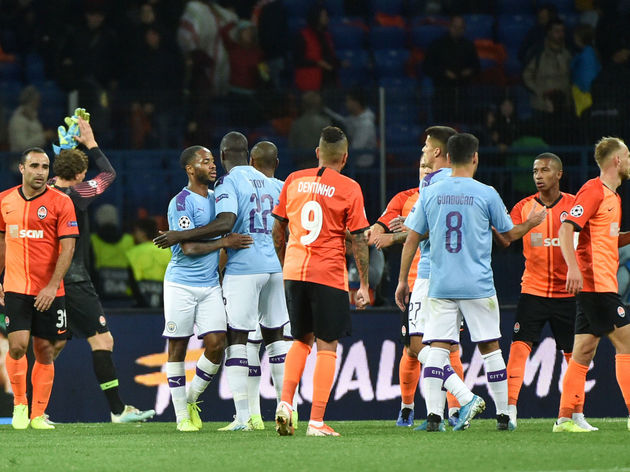 Shakhtar did beat the Pep Guardiola side that claimed 100 points in the Premier League 2-1 back in 2017, showing that the English champions can't allow themselves to get too comfortable. Liverpool's ridiculously consistent start to the season means that City find themselves nine points behind the European champions already in the Premier League.

Saturday's victory over Chelsea was their fourth in five games and they'll need to keep up that sort of form if they have any hope of retaining their domestic crown. Shakhtar meanwhile sit 13 points clear already at the top of the Ukrainian league, which they have won for the past three seasons in a row.

They played out two thrilling draws with Dynamo Zagreb to give themselves a good chance of qualifying for the next round of the Champions League, but an unexpected win in Manchester would even more beneficial.

Here's how the two have fared in the last five matches...​ Despite a lengthy injury list Manchester City will be firm favourites to secure a comfortable home victory.

Their strength in depth means they're well equipped to deal with problems in any position, and they should be too strong for Shakhtar.