​The José Mourinho era at Tottenham Hotspur is underway, but there is still a long way to go before the boss will be happy with the squad at his disposal.

There are contracts to address and new signings to make, but plenty of the current crop of players will be hoping to retain their place in the lineup for the foreseeable future.

Here, 90min - amongst a raft of speculation - picks what Mourinho's dream XI for Spurs could look like, based on who he's previously been credited with interest in, and who he appears to already like at Spurs.... Hugo Lloris (GK) - On his day, Lloris is one of the finest goalkeepers around. Mourinho may have his work cut out for him if he is to coach those defensive errors out of the Frenchman's game, but he has a good track record when it comes to creating star goalkeepers.

Serge Aurier (RB) - Now that ​Aurier is not paralysed by the fear of being one mistake away from being benched indefinitely, he should begin to showcase the kind of talent which made him one of the most in-demand right-backs in the world just a few years ago.

Toby Alderweireld (CB) - ​Alderweireld's contract is up and the end of the season, but Mourinho will certainly hope to tie him down for a little while longer. An experienced, top-level defender, Alderweireld is perfect for Mourinho - and he wanted him when he was Man Utd boss.

Ben Davies (LB) - Having recently penned a five-year deal with ​Spurs, Davies is going nowhere. He's defensively solid and reasonably impressive in attack, which is all Mourinho wants from a full-back. Harry Winks (DM) - Mourinho likes two operate with two defensive midfielders. Winks is a solid tackler, but his metronomic style of passing should make him an ever-present in midfield. He can do far more than Mourinho even wants from his midfielders.

Gareth Bale (RM) - Mourinho has wanted to sign ​Bale for what seems like the last 1,000 years, and he now finds himself at the club who helped make Bale famous. It almost seems too good to be true.

Dele Alli (AM) - Long viewed as the future of English future, Alli is looking to get his career back on track after a challenging few months. Mourinho will love the sound of that test, but he could still turn to Sporting CP's Bruno Fernandes to boost his depth. 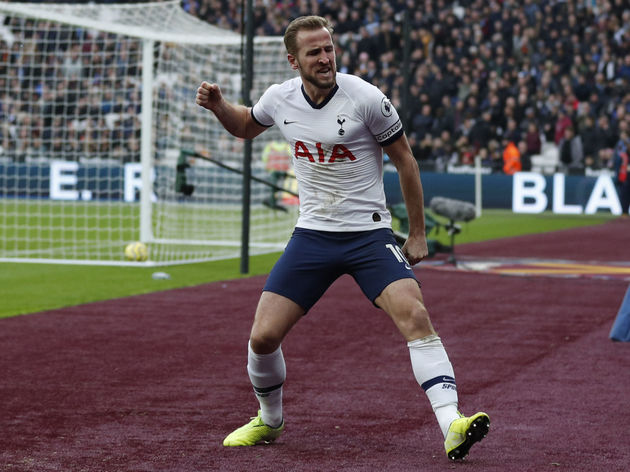 Harry Kane (ST) - Perhaps the easiest inclusion in the whole team. ​Kane is an elite striker, and Mourinho will be relishing the chance to work with him for the foreseeable future. He'll definitely still want