​Manchester City winger Riyad Mahrez has admitted that the team knew Liverpool had scored a late winner to overcome Crystal Palace on Saturday ahead of their own match with Chelsea.

The Citizens lost 3-1 at Anfield prior to the international break, leaving them nine points behind their title rivals. The Reds went on to secure a dramatic victory over Palace on Saturday, increasing the gap over City to 12 points.

However, Pep Guardiola's men came from behind to beat Chelsea 2-1, closing this gap back down to nine points once again. Wilfried Zaha equalised with eight minutes remaining, but Roberto Firmino bundled the ball home only three minutes later ​to secure the three points for Jurgen Klopp's side. Mahrez has now revealed that the ​City players were aware of the events that had unfolded at Selhurst Park ahead of their evening match.

"We knew they had won, but we are built to win every game,” he said after the game, as quoted by the ​Manchester Evening News.

“If they win or lose, we try to win. It’s our mentality. We have to win anyway. 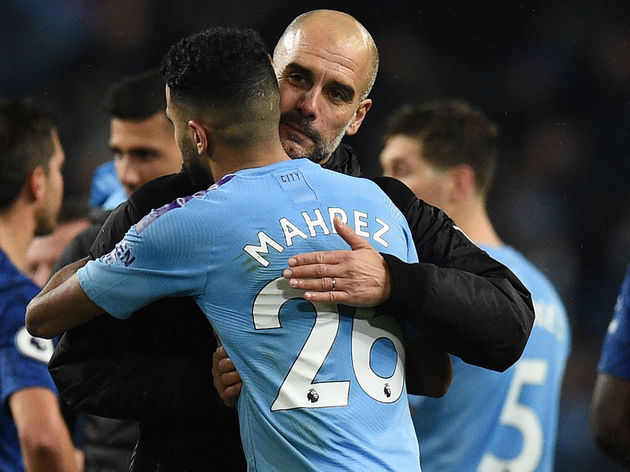 The 28-year-old went on to discuss the ​Liverpool

“This win was important after the loss against Liverpool and after an international break you need to come back in good shape." ​Mahrez went on to praise his side's overall performance against the Blues, adding: "We love to play every three days, so we rest and play, rest and play, that’s the best job.

“You can’t always dominate every game. Sometimes you have to go through this type of game, and getting three points is most important.”

City now turn their attention back to the Champions League, where they play Shakhtar Donetsk before facing a trip to Newcastle on Saturday.