​Chelsea manager Frank Lampard has insisted that there are positives to take from his side’s latest defeat, after they lost 2-1 to Manchester City on Saturday.

The Blues went ahead thanks to N’Golo Kante, but they couldn’t hold on as City turned it around. Former Chelsea man Kevin de Bruyne drew the Citizens level, before a moment of magic from Riyad Mahrez completed the comeback and secured a big win for the hosts. The defeat sees ​Chelsea return to fourth, while ​City move above them into third. Despite a first league loss in two months, Lampard was optimistic when reflecting on what was a disappointing defeat at the hands of the reigning champions.

As quoted on the club’s official website, he said: “Coming into the game, our recent form and how we’re developing quickly, I wanted to come here and be brave, to compete, to be brave on and off the ball. In the first half you saw all of that from us.

“Throughout the game there were a lot of positives, but we lost and it shows you at this level the finer details in both boxes are what decide these ones.” 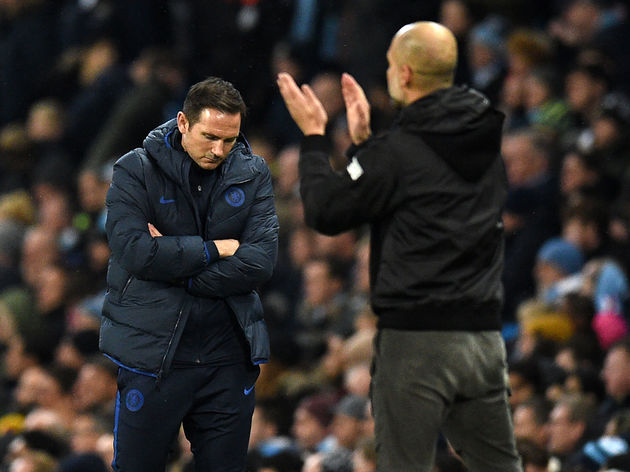 Chelsea lost only their third league game all season, their first since September. All three have come against fellow members of the traditional 'big six', with ​Manchester United and ​Liverpool inflicting the other two reverses on the Blues.

The Blues struck first at the Etihad through Kante, which Lampard was keen to credit. He said: “At 1-0 we have relative control of the game. We didn’t have that little bit of quality in the final third. They had a couple of moments but we were playing well.”

He added: “We have lost today with a very good performance. It’s moments in the boxes. That can be why you win it or why you don’t. These teams, Liverpool and [Manchester] City, have been getting results for a long time because they work together, they work hard, and those finer details they maybe get right.” Chelsea were aiming to make it eight successive away wins, which would have been a new club record. Unfortunately it wasn’t to be for the west Londoners, though their seven-game run equalled a 30-year-old club record from 1989.

Chelsea return to the ​Champions League when they travel to Valencia next Wednesday before returning to Stamford Bridge next Saturday, with ​West Ham the visitors in another London derby.