Jose Mourinho Is Back in Town - And Judging By Saturday's Performance, Dele Alli Is Too

From the London Stadium -

Not something you'll hear from everyone, perhaps. But England's top flight, and let's be honest, football, is better off with Tottenham's new head coach working within what he's described as his "natural habitat".

He gets people talking. He's box office entertainment, and the win at West Ham United - Mourinho's first game in charge and Spurs' first away win in the Premier League since January - might've just suggested that Jose Mourinho still possesses some of the powers many had thought had long gone. 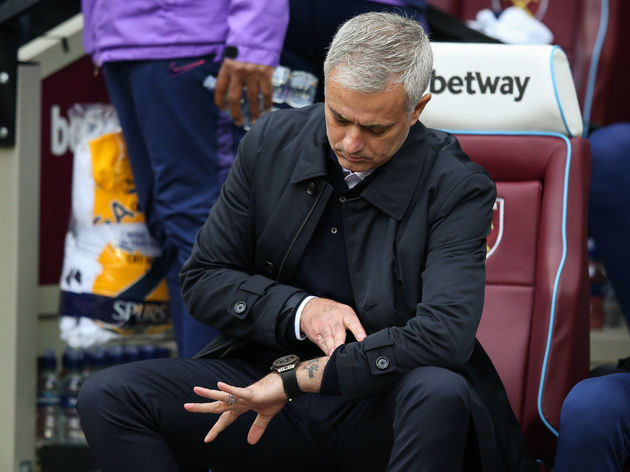 Tactically, Mourinho will face tougher tests than the one he navigated his way through on Saturday afternoon - the Hammers are in free fall under Manuel Pellegrini. But you've been conditioned to this feeling over the last few years

The chunk of his time at ​Manchester United was spent clashing with key players - everybody remembers that training ground incident with Paul Pogba - and he's butted heads with a number of others at previous clubs. But he still has some life in him yet, and the proof you need came in Dele Alli's performance.

You knew if from the moment Mourinho rocked up at training on Hotspur Way earlier this week. He ruffled some hair, stroked a neck or two - bit bizarre, but okay - but his reaction to Dele was different.

It was the hard slap on the chest, the pointing in his face and a gentle hug between the two which sent Tottenham supporters sick to the stomach. Seeing their pantomime villain of the last 15 years embrace one of their golden boys did not sit right, especially given it came a matter of hours removed from the dismissal of one of their best ever managers.

But it was Jose's man management. It was his attempt at the building of belief in a player who'd found himself staring into the fog for months, criticised to the hilt from the outside. Mourinho admitted before the game he'd told ​Dele to "play like Dele" and not his brother - brilliantly Jose, you have to admit - and boy had he listened. B

He's earning all the plaudits for ​Tottenham's second goal, too. Mourinho spoke in glowing terms of Dele and praised him getting "the mental thing" right - admitting that his commitment and focus were the key characteristics behind one of the slickest pieces of skill you'll see all season.

On the floor and on the touchline, his close control and through-the-legs flick played in Heung-min Son down the left side, and he crossed for Lucas Moura to score, effectively sealing the three points in the process. It's that kind of magic that Dele's caught the imagination with in the past, but it's been rarely seen over the past 12 months.

We all knew today was firmly about Jose Mourinho's comeback. But on the basis of this showing, Dele Alli is right back at it too.