Marco Reus has admitted that the Borussia Dortmund players were 'ashamed' of their 'absolutely poor performance' during a dramatic 3-3 draw with bottom of the table Paderborn, and the German star stressed that he and his teammates can 'never play like that again'.

Dortmund found themselves three goals down at half-time to their relegation-threatened rivals, but the hosts clawed their way back into the game, equalising at the death through Reus. 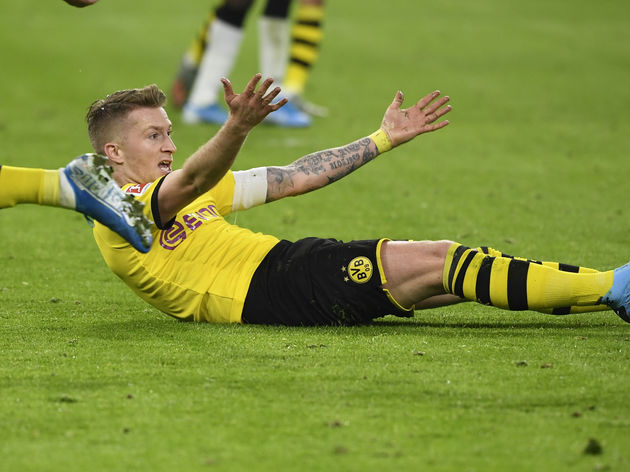 The 30-year-old was far from satisfied with Der BVB's comeback however, and ​Twitter page.

"We can never play like that again. It was an absolutely poor performance and we are ashamed. We apologise to all our fans."

Dortmund have struggled to capitalise on ​Bayern Munich's sloppy start to the season, and Lucien Favre's men are languishing outside the top four spots in the Bundesliga.

​Reus insisted, however, that the team's failures lie at the feet of the players and not their manager, claiming that '

"We can never play like that again. It was an absolutely poor performance and we are ashamed. We apologize to all our fans." pic.twitter.com/eYItOlhmXQ

"The coach puts us in a great position every time, we're responsible for putting our performance on the pitch, and we do not have to talk about the coach, but about us. If 80,000 people come here on Friday night, we cannot offer up that type of performance."

​Dortmund have dropped valuable points in key games over the course of the new season, and despite reinforcing their defence with big-money signings such as Mats Hummels, they have still managed to concede a staggering 18 goals in 12 matches.

Der BVB were also on the end of a heavy 4-0 beating from rivals Bayern, who they trail by a single point in the league table.