​Michail Antonio kept up his impressive scoring record against Spurs on Saturday as he registered West Ham's first goal in a 3-2 defeat to Jose Mourinho's new side.

Spurs stormed into a 3-0 lead with Son Heung-min, Lucas Moura and Harry Kane all netting before Antonio and Angelo Ogbonna each pulled a goal back for the hosts in an exciting game.

It was not the first time that the former Nottingham Forest winger has haunted Spurs.

Previously Antonio had netted three goals against the Lilywhites and his consolation strike in Saturday's meeting ensured he accomplished a rather peculiar scoring feat.

Due to ​West Ham and Tottenham's recent stadium moves, Antonio has scored each of his four goals against the Lilywhites in a different venue.

As noted by ​Opta, Antonio has now registered a goal against ​Spurs at 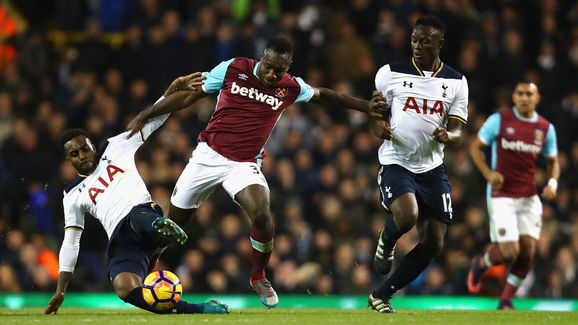