​Ole Gunnar Solskjaer has insisted he wasn't offended by Nemanja Matic's response linking him with a potential reunion with Jose Mourinho at Tottenham, instead claiming he saw the funny side of the matter.

Matic drew criticism and sparked speculation when he 'liked' and commented on an Instagram post by 'Benchwarmers' suggesting he was set to link up with his former manager - who brought him to Manchester United during his days in the Old Trafford hotseat - even if his comments appeared to be in jest.

The pair have a long-running connection, as Mourinho was the boss who signed ​Matic at Chelsea during his second spell at the club, before taking him to the north-west when he took charge of the Red Devils.

With Matic nowhere near the ​United starting XI at present, it was move that was rumoured, although Solskjaer laughed Matic's actions off as his midfielder just having a 'sense of humour'.

"That's not a part of being boring when it's like this," Solskjaer said, quoted by the ​Mirror.

Mourinho admiration for the 31-year-old stems back for a number of years, having previously labelled him 'my guy', while claiming he possesses ' 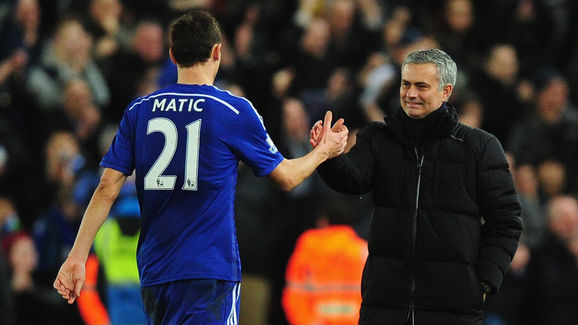 Opting to field a more youthful side this season, the Serbian midfielder has fallen out of favour under Solskjaer, making just three appearances in the Premier League. ​Spurs