​Liverpool defender Dejan Lovren has admitted that he had to 'start from zero again' after a period of injuries.

The Croatian had struggled with injuries over the last couple of seasons, and has played just 18 games all competitions last season, failing to make the first six matchday squads at the start of this campaign. However, ​Lovren has now started four of their last five Premier League games after an injury to Joel Matip. He has now revealed in ​an interview in Sky Sports news that he had to start from the bottom again to prove his worth to Liverpool boss Jurgen Klopp.

"I started from zero again to prove that I deserve to be in the first XI but that's football," Lovren said.

"I did it in the end and everything came back. It's good to feel that you're important here again and this is what matters for every player." 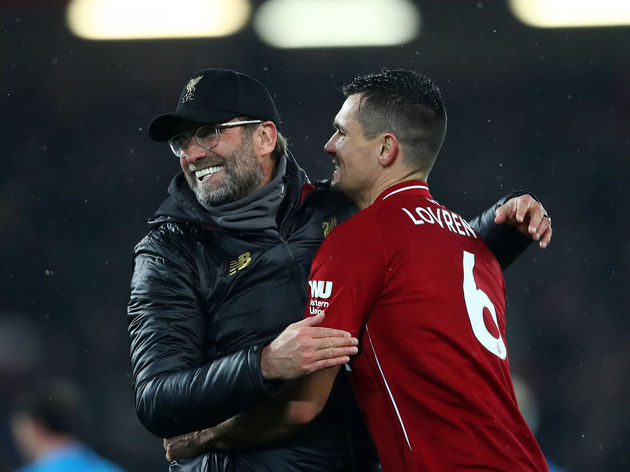 There were rumours over the summer that Lovren looked to move on from Anfield with a number of clubs throughout Europe interested in the former Southampton man, but h​Liverpool

"It's a big place to leave after everything I went through here," he added. There have been more positive days than the bad, especially after the Champions League final and the win was a big relief for me because I wanted to win something with this club, having been here for so many years.

"I would ask myself if we didn't win, should I stay or not and there was some interest with some other clubs but I had a good conversation with the manager. After that, the decision was easy so I stayed and I think we are on the right path to do something big this season again."

Lovren has also backed fellow centre-back teammate Joe Gomez amongst the controversy he finds himself in at the moment following a confrontation with Manchester City's Raheem Sterling. The Croatian stated that he thought Gomez 'reacted well' to being booed when he came off the bench for England in their 7-0 thrashing of Montenegro and that the boos were undeserved.

For now, though, Lovren will want to concentrate on his and Liverpool's performances as they continue their ​Premier League title challenge. The Reds currently sit eight points clear at the top of the table following their 3-1 home win over Manchester City.