Arsenal host Southampton in the Premier League on Saturday, knowing that anything other than three points will be seen as inexcusable against Ralph Hasenhüttl's struggling Saints.

Under pressure Gunners boss, Unai Emery should see the game with the league's second from bottom side as a home banker but confidence is lacking after a four-game run without a win.

The Gunners have been far from convincing at the Emirates this season, and the Saints game could see panic buttons pressed, should the result go awry. 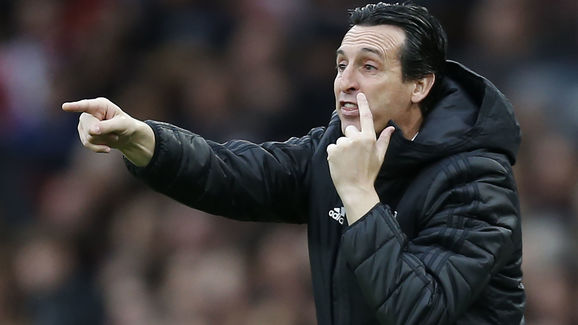 Emery will know that his job could be on the line if Saturday produces a repeat of the home performance that saw his side squander a two-goal lead to draw 2-2 with Crystal Palace last month.

With that in mind, here's a look at what may well prove to be one of the Spaniard's most important selections of the season. Bernd Leno (GK) - The German became the club's number one after Petr Cech's departure in the summer and will be in net for the visit of ​Southampton. Leno has been the last line in a leaky Arsenal defence that has seen the Gunners ship 17 goals this season. And, he has certainly been busy, in fact, Leno tops the charts on 49, in terms of most saves made in the league.

Hector Bellerín (RB) - Amid unrest within the camp, Bellerín has been the man to call for unity and togetherness ahead of Saturday's clash. The full-back is in line to only make his third start of the season, following his return from a cruciate ligament injury that kept him out for nine months.

Sokratis (CB) - The Greek centre-half has been a regular fixture in the Arsenal defence this season, making 11 appearances in the league. However, he was only on the bench for the Gunner's 2-0 defeat away at Leicester. But David Luiz struggled with ​Jamie Vardy that day and the Brazilian's poor performance could lead to a recall for Sokratis.

Rob Holding (CB) - The Englishman was involved in the loss to ​Leicester but endured a tough night against the free-flowing Foxes, being substituted after the second goal went in. But, manager Unai Emery looks set to stick with the defender as the Saints come to town.

Kieran Tierney (LB) - The summer signing from Celtic will come back into the team after shaking off a knock that kept him from going away with Scotland during the international break. His Gunners debut was delayed due to injury but he is starting to excite Gunners fans with his marauding runs and desire to get forward from full-back. Lucas Torreira (CM) - There has been much talk of a ​January exit for the tough-tackling Uruguyan over the last week but he looks to set to keep his place in Emery' side. However, Torreira will be hoping for a marked improvement from his performance at the King Power where he was overrun by Leicester's Wilfred Ndidi.

Matteo Guendouzi (CM) - One of the only ​Arsenal players to come away with any praise from their last outing. Despite his tender years, he is starting to assert himself as the main driving force in the Gunners midfield. Yes, at times his decision making is questionable but at least he is positive in his play and it mustn't be forgotten that the Frenchman is still only 20 years old.

Mesut Özil (CM) - Who knows which version of ​Mesut Özil will turn up on Saturday? The German has the ability to single-handedly brush aside the Saints, but the question is, will he fancy it? Nicolas Pépé (LW) - Arsenal's £72 million record signing from Lille is yet to convince those at the Emirates that he is the real deal. He has shown glimpses and produced a match-winning cameo in the 3-2 home win against Vitoria in Europe, but in 11 ​Premier League games, he has only scored once.

Pierre-Emerick Aubameyang (RW) - Goals, goals, goals. In spite of Arsenal's indifferent form, ​Aubameyang has still helped himself to eight goals in 12 league games. He'll no doubt be looking to add his tally when he comes up against a Saints side who conceded nine against Leicester not so long ago.

Alexandre Lacazette (ST) - The Frenchman was not called upon last week by his national team and so has had plenty of time to prepare for this fixture. The 28-year-old hasn't scored in the league since the North London derby in September but Hassenhüttl's side offer the perfect opportunity to end his goal drought.