Teenage Liverpool forward Rhian Brewster may be afforded a loan move in the January window, as Jurgen Klopp looks to get the youngster valuable first-team minutes which he has lacked so far in 2019/20.

Klopp put a block on a loan move for Brewster during the summer window as he looked to integrate the highly rated 19-year-old into the Reds' first team, following Daniel Sturridge's exit.

However, Football Insider claim that the Liverpool boss has since changed his mind after failing to give Brewster much game time in the first months of the season. That report claims the main reason for Klopp's U-Turn is the lack of game time Brewster has had for ​Liverpool this season, and Klopp wants him to gain more experience.

So far this season, the forward has only played twice for the Reds with both appearances coming in the EFL Cup, while he is yet to make his debut in the ​Premier League or the Champions League. What makes the situation a little more concerning is that Brewster has only featured in the matchday 18 twice in these competitions.

Brewster broke onto the scene with his performances for England's Under-17s in 2017, winning the World Cup and taking home the Golden Boot.

While serious injury kept him out of the entire 2018/19 season and stunted his progress while several of his England youth contemporaries were making their senior bows, Brewster remains well regarded at Anfield, ​with Klopp calling the forward 'a really big talent'. 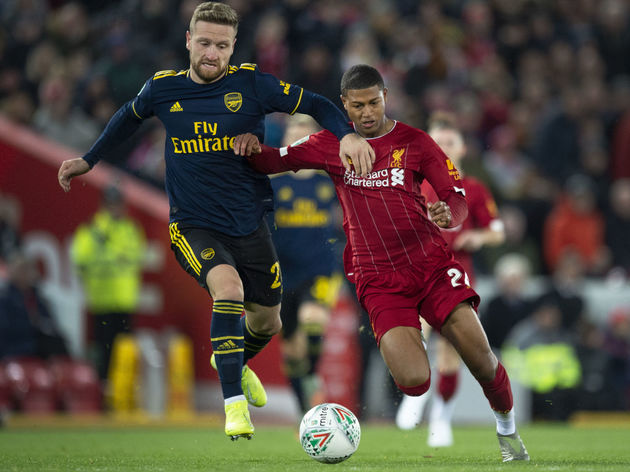 He joined Liverpool's youth set up in 2015, having spent six years in Chelsea's academy and signed a five year professional contract in the summer of 2018.

Football Insider's report makes no mention of which clubs could be interested in a temporary move for Brewster, who is expected to remain in England to face Aston Villa in Liverpool's EFL Cup quarter-final, which controversially takes place fewer than 24 hours before the Club World Cup semi-final in Qatar.