​The international break is over and Liverpool fans could not be happier to see their side back in action against Crystal Palace at Selhurst Park on Saturday.

The Reds have been imperious this season and remain unbeaten in the Premier League. Their 3-1 victory over Manchester City last time out saw them open up a commanding eight-point gap at the top after just 12 games, as a first title in 30 years beckons.

However, they now face a potential banana skin away to ​Crystal Palace. While optimistic ​Liverpool fans will be believing that this finally is their year, the more cynical amongst them will remember the horror of 'Crystanbul'.

This game against an old bogey team - Palace are the last side to win at Anfield in the Premier League back in 2017 - also marks the start of a ridiculously busy schedule that sees Liverpool play in four different competitions before Christmas. Jurgen Klopp may well view this game as a chance to rest some of his key players who are injury doubts. Alisson (GK) - While Adrian did an able to job of deputising throughout Alisson's calf injury, there is no doubting that the Brazilian is number one at Anfield. The former Roma man has been the model of consistency since his arrival last summer and will be key to their title hopes.

Trent Alexander-Arnold (RB) - Arguably the best right back in world football right now, Alexander-Arnold has the energy of ​Dani Alves and the crossing ability of David Beckham. The England international has been caught out positionally on occasion this season, but with Liverpool set to have most of the ball, he could easily shine.​

Dejan Lovren (CB) - The Croatian has been handed a chance to shine following Joel Matip's injury and is seemingly now ahead of Joe Gomez in Klopp's centre-back rankings.

James Milner (LB) - Milner has proved an able deputy to Andy Robertson when Klopp has decided to rest his first choice left back, and with the Scottish international having missed the international break through injury, the former ​Manchester City man might well be called upon again. He'll have his work cut out against ​Wilfried Zaha who is one of the trickiest in the league. 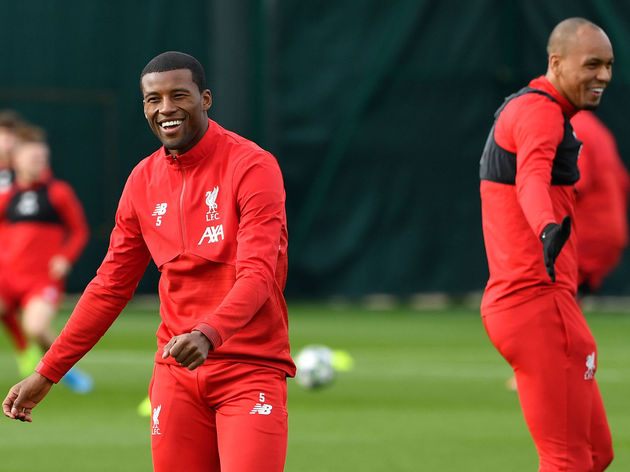 Fabinho (CDM) - There is a serious school of thought that says Fabinho is actually challenging ​Chelsea's ​N'Golo Kanté for the title of best defensive midfielder in the Premier League. Not only is the Brazilian positionally impeccable and strong in the tackle, but he actually knows what to do with the ball when he wins it back. He's key to allowing Liverpool's attack to flourish.

Georgino Wijnaldum (CM) - Wijnaldum captained his country for the first time over the international break and marked the occasion with a hat-trick against Estonia. He is a complete midfielder who's hard work ethic fits perfectly with Klopp's style.

Jordan Henderson (CM) - Henderson didn't play for England over the international break but he is surely one of the few names guaranteed a spot in Gareth Southgate's squad next summer. The skipper already has one Champions League medal under his belt, he'll be hoping to add a Premier League one come May. Alex Oxlade-Chamberlain (RW) - The former ​Arsenal man excelled in central midfield for England over the international break, but an injury to ​Mohamed Salah means that Klopp may well choose to use 'the Ox​' on the right wing for the trip to Selhurst Park. He'll be hoping to continue his good scoring run that has seen him net four goals in his most recent three club starts.

Roberto Firmino (CF) - At times undervalued by casual observers but never by Liverpool fans, Firmino is fundamental to allowing the Red's famous front three to flourish. The Brazilian's unselfishness in terms of runs is vital for the success of the team.

Sadio Mané (LW) - Probably the best player in the league this season, Sadio Mané has been vital to Liverpool's superb start. The Senegalese has nine goals in 16 games in all competitions, and Jurgen Klopp will be praying he doesn't get suffer any injury woes over Liverpool's busy run of fixtures.