In stark contrast to those relatively recent glory days in a rapidly changing women’s football landscape, Liverpool in 2019/20 have endured their worst ever start to a WSL season. 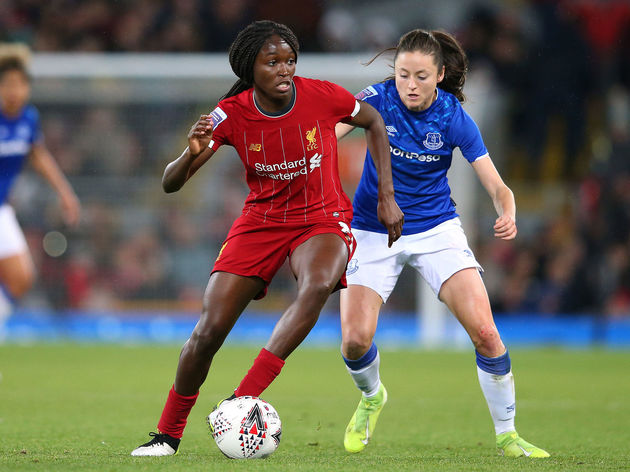 The Reds enjoyed the occasion of hosting a Merseyside derby against Everton at Anfield last weekend on what was a momentous day for women’s football in England – more than 74,000 people in total attended WSL games up and down the country.

Yet the result didn’t go in Liverpool’s favour. The 1-0 defeat – decided by a speculative long-range effort from Everton’s Lucy Graham that squirmed through the grasp of Reds stopper Anke Preuss – more or less summed up their season so far.

Liverpool are bottom of the table with just a solitary draw and five losses to show for their six games. But they haven’t been thrashed at any point – four other teams have conceded more goals – and three of their five defeats have been by a 1-0 scoreline. Scoring goals at the other end has been the main issue. Summer signing Melissa Lawley has scored Liverpool’s only goal in the WSL this season. The Reds had spells of pressure against Everton, and against Manchester United in a 2-0 defeat in September, but never made it count.

To make matters worse in their search for that first elusive win of the campaign, the Reds are now tasked with an away trip to face reigning champions Arsenal on Sunday, with the Gunners firmly among the best in Europe.

Even an eternal optimist would question Liverpool’s chances of getting just a draw. Arsenal have won 12 times against Liverpool in the WSL, the joint most victories one club has managed against another in the competition’s history. Specifically more recently, the Gunners have won each of their last four league games against the Reds by a combined score of 16-1.

Meanwhile, the Gunners as a whole are particularly devastating at their Meadow Park home, where Sunday’s game will be played. They have won seven consecutive WSL home games and are one short of tying their own league record, set in 2012 and repeated again in 2018.