​It's the battle of the underachievers in Serie A as AC Milan host Napoli on Saturday at the San Siro.

Milan spent big over the summer and were expected to challenge for the European spots but currently sit in 14th, closer to relegation, with just 13 points and 11 goals from their opening 12 games. Napoli also spent relatively big and were expected to launch a serious assault on the Scudetto given ​Juventus' transition phase under Maurizio Sarri, but Carlo Ancelotti's men currently sit seventh, 13 points off the Old Lady and in the midst of a bizarre standoff between the players, the chairman and the fans.

Saturday's game is now pretty much a must-win for both sides if they are to have any ambitions of achieving the aims they set out at the start of the season. 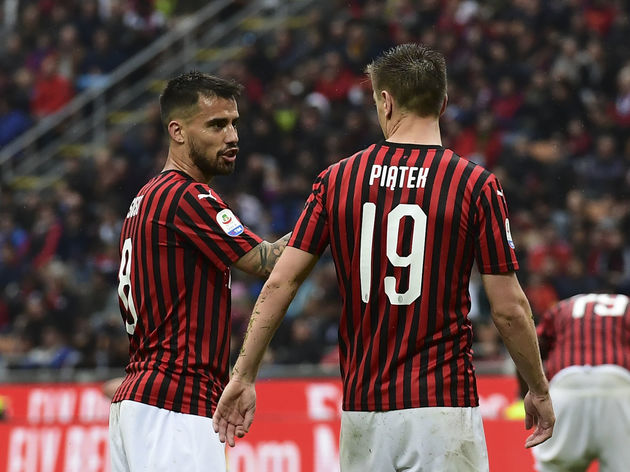 The home side will be without former Villarreal duo Mateo Musacchio and Samuel Castillejo for the game due to injury.

However, they do have more or less their first choice eleven available so expect them to pick an exciting front three of Krzysztof Piatek, Hakan Calhanoglu and Suso. ​Napoli, on the other hand, will be without long-serving left-back Faouzi Ghoulam and could also also miss striker Arkadiusz Milik due to knee injuries.

The one long-term injury they have is to French full-back Kevin Malcuit, who is expected to be out until April with a knee problem of his own.

The two sides have met 71 times in Serie A in the past, and it is perhaps a nod to the hosts' illustrious history that they have come out on top 32 times.

Napoli have won just 14 games between the pair, while there have been 25 draws.

They played one another twice ​in one week at the start of this year, with the first game ending in a 0-0 draw, and ​Milan winning their Copa Italia quarter-final 2-0. Where to begin on Milan's form. Not only have the Rossoneri been awful in terms of results, they've been awful to watch too.

Not one of Marco Giampaolo's summer signing has done much to impress, while new manager Stefano Pioli hasn't exactly had the new manager bounce that fans would have been hoping for. In fact, their only win since the former Fiorentina man took over was against second from bottom SPAL.

Napoli's recent form hasn't been a whole lot better. Carlo Ancelotti's side have won just one of their last five in Serie A leaving them way off the pace in the title race.

After the players refused club president Aurelio De Laurentiis' order to go into 'retiro' (retreat) to fix their poor run, ​fans gathered outside the club calling them mercenaries, targeting club captain Lorenzo Insigne in particular. Napoli is a club in crisis, and a win on Saturday is a must to sooth tensions.

Here's how to the two have got on in their last five games... ​Although both sides are in shocking form, it's hard to look past the visitors for a victory in this one.

Milan are a shadow of the side they were at the start of the century, and could really struggle against the genuine quality that Napoli possess.