​Lucas Vazquez has been ruled out of action for at least a month after dropping a weight during a gym session and inadvertently breaking his toe.

The bizarre injury only adds to what has been an unfortunate start to the season for the Spaniard, who has already spent s

While in the gym, the cruel twist of fate he suffered will now 'almost certainly' rule him out of Madrid's upcoming La Liga clashes with Real Sociedad and Alaves.

In between those fixtures, a Champions League encounter with Paris Saint-Germain awaits, which Marca claim the 28-year-old will also be unavailable for. 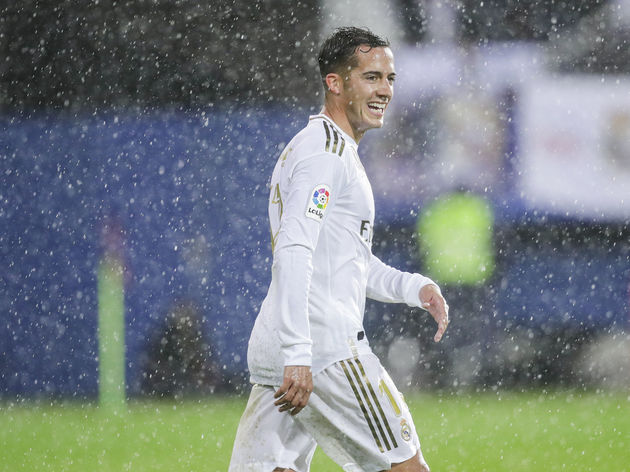 It means that Zidane will need to call upon some of his other forward players, with the likes of Vinicius Junior and Brahim Diaz in line to play, along with Gareth Bale who returns after helping fire Wales into next summer's Euro 2020 and hysteria around ​posing with a certain flag.

In his last three full La Liga seasons, he has only netted a combined total of seven goals, with his place now coming under further threat following the additions of Eden Hazard and Rodrgyo over the summer.