Former Benfica winger Nicolas Gaitan could find himself playing in the Premier League come January, with Aston Villa, Sheffield United and West Ham all considering a move in the upcoming transfer window.

16-cap Argentina international Gaitan spent the 2019 season in MLS with Chicago Fire, but with his contract due to expire at the end of December, he will be able to move for free in January.

While Gaitan does have the option for an extra year, the Guardian reports that he would prefer a return to Europe. 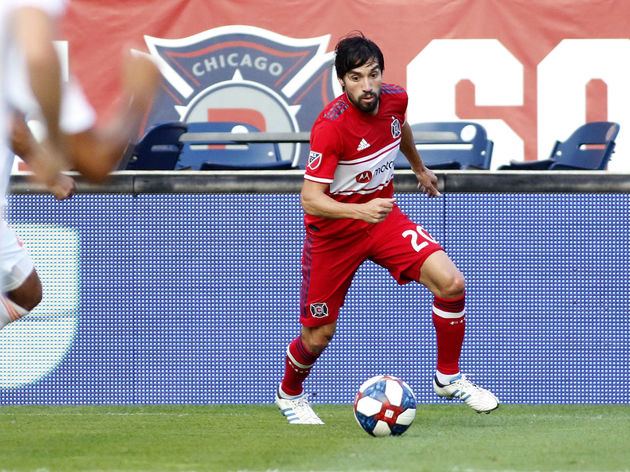 Among European football fans, Gaitan - a former rumoured target of Manchester United - is perhaps best remembered for his six-year spell at Benfica before moving on to Atletico Madrid in 2016, where he struggled for game time.

According to the Guardian's report, the experienced winger he has caught the attention of several Premier League clubs following his stint in America, in which he scored four goals and registered 11 assists in 27 MLS games.

​West Ham have been struggling to create and score so far this season, netting just 14 times in 12 games despite spending big in the summer window. The report claims 'talks have taken place' between under-fire Hammers sporting director Mario Husillos and the player’s agent over a January move.

It is noted that both Aston Villa and Sheffield United have also registered their interested in Gaitan, who has also played for Dalian Yifang and Boca Juniors in a career that has spanned three continents. While Sheffield United have also been rather goal-shy in 2019/20, Aston Villa have had little trouble scoring since their return to the Premier League. Instead, Dean Smith's side have found more issues keeping the ball out of their own net. That said, Gaitan would be seen as something of a 'marquee signing' for Villa as well as someone with experience of the highest level of football.

The Guardian's report claims a two-year deal would be offered for Gaitan's services.