​Arsenal midfielder Lucas Torreira has insisted he cannot talk about his future as he does not want to disrespect the Gunners, but left the door open to a potential move away during the January transfer window.

Torreira has started just four of Arsenal's Premier League games this season and hasn't complete 90 minutes in any of those games, prompting rumours that he could look for a move away in January. Speaking on ​Sport 890's Tiempo de Fútbol, Torreira insisted that he is only focused on performing for ​Arsenal, but he refused to rule out the possibility of a move away from the club.

“There is always talk about another team, but I want to be honest," he said.

“Arsenal, from the first moment I arrived, showed me a lot of love and I really love them. I also have a good relationship with the fans. “Now, Arsenal needs me to be focused. I can’t start talking about another team. I need to be focused, and when the transfer window arrives, we’ll see what happens.”

His agent recently confirmed that Torreira is not "​at ease" at the Emirates anymore, and he has been tipped to pursue a move to the ​Serie A. ​AC Milan were keen during the summer, while ​Napoli are also thought to be interested in striking a deal.

The speculation surrounding Torreira is just one of several concerns for Arsenal this season. The Gunners have fallen to sixth in the ​Premier League, and they now sit eight points behind in the race for the top four. 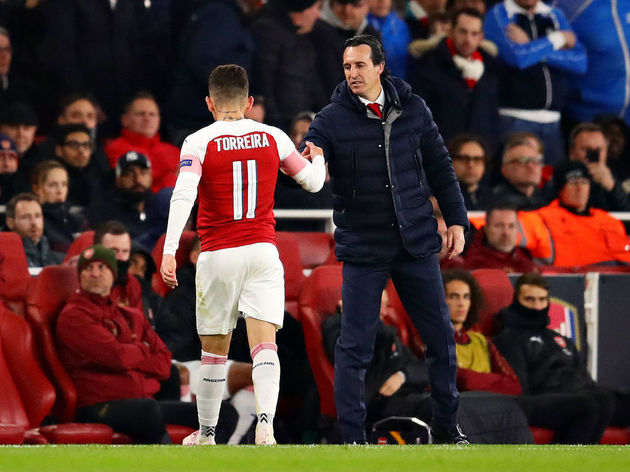 “The results are not very positive lately, and we are moving away from the ​Champions League, which is one of the goals for this season,” Torreira confessed.

“The important thing to remember is that the season is long and there is still a long way to go. We have to make up the difference to the top teams."