There was an investigation into corruption in the bidding process. The subsequent FIFA report cleared Qatar of wrongdoing, but chief investigator Michael Garcia later asserted that the report ‘contains numerous materially incomplete and erroneous representations’. 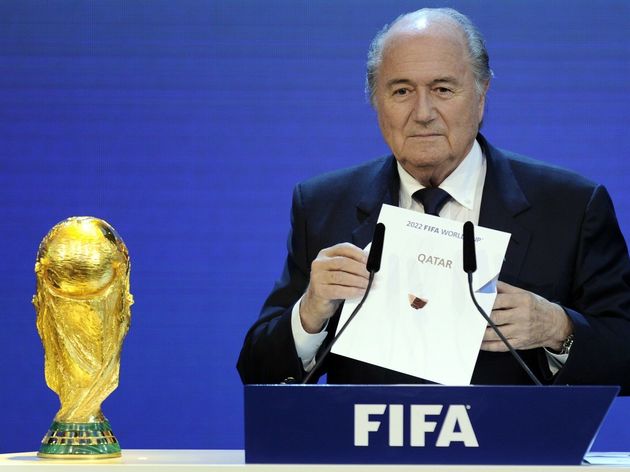 The decision to award the World Cup to country where homosexuality is illegal and punishable by a lengthy prison sentence has also been heavily criticised.

Then there is the Qatar’s record on human rights, particularly where foreign workers are concerned. Amnesty International brought accusations of ‘forced labour’ in 2016, two years after tournament organisers drafted worker welfare standards in response to the initial criticism.

But, as the World Cup begins to near, there are people who want Qatar's football to be centre stage. As such, a new photo project is attempting to show the other side of the gulf nation, using ‘photos and unfiltered stories’ to show the ‘intimate realities of Qatari football culture’.

The 2019 FIFA Club World Cup is heading to Qatar as soon as next month. The stories are told from the perspective of workers, fans, journalists, coaches, players – both grassroots and professional – and includes Qataris and non-Qatari residents of the country, both men and women, from as many as 15 different countries in total.

The project is called ‘Goal Click Qatar’ and is being launched by ​Goal Click. It wants to promote diversity and share Qatar’s ‘deep-rooted passion’ for football in a country that has badly struggled with international image.

Each photograph has its own story. The series will be brought together in an exhibition at Darb Al Saai in Doha during the upcoming 2019 FIFA Club World Cup, in collaboration with the Supreme Committee for Delivery & Legacy.