​Arsenal striker Pierre-Emerick Aubameyang has postponed talks over a new contract at the Emirates Stadium as he is waiting to see how serious Barcelona are about signing him.

Barcelona have been tipped to move for the Gabon international in the near future as they are looking for a replacement for Luis Suárez. ​Aubameyang's current contract is set to expire in the summer of 2021, but ​Arsenal want to tie him down for longer. However, ​Le10Sport claim that the striker wants to learn more about ​Barcelona's interest in him before he decides on his next move.

​The Athletic add that Aubameyang is waiting to see whether Arsenal can make it back to the ​Champions League before signing a new deal, but it is believed that Barcelona's interest has also turned his head.

The Blaugrana have been hugely impressed with Aubameyang since his move to Arsenal. He has racked up 50 goals in 79 appearances for the Gunners, which is the kind of efficiency which Barcelona are looking for from their striker. However, whether they would actually move for Aubameyang is uncertain. Barcelona are looking at a number of young strikers, including ​Inter's Lautaro Martínez, because they want to find a long-term replacement for ​Suárez. 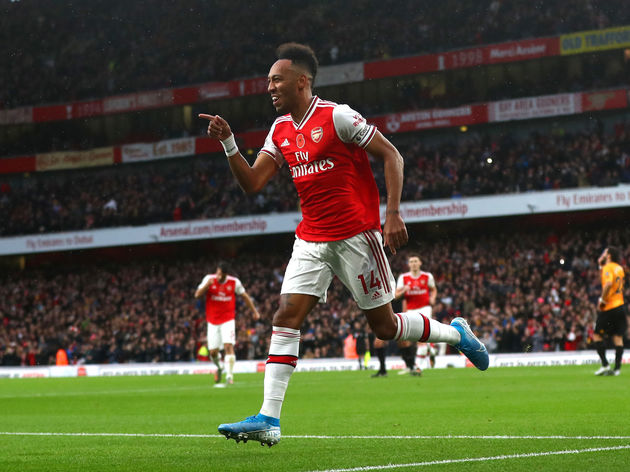