​Red Bull Salzburg striker Erling Haaland is said to have visited Arsenal's training ground, with the Gunners believed to be seriously interested in the 19-year-old.

Haaland has been one of Europe's breakout stars this season, firing 26 goals in just 18 appearances for Salzburg. That form has caught the eye of Manchester United, who ​welcomed Haaland to their own training complex recently. 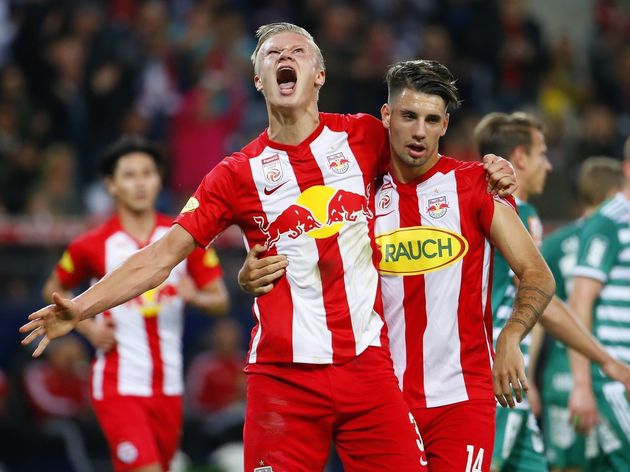 However, ​Sport Bild (via ​Sport Witness) claim that ​Arsenal are just as interested in Haaland, and they invited both him and his father Alf-Inge to visit the club.

A move to the Emirates Stadium would come as quite a shock. The Gunners already have ​Pierre-Emerick Aubameyang, ​Alexandre Lacazette and Gabriel Martinelli in their squad, so there does not appear to be a place for Haaland as it stands.

However, both Aubameyang and Lacazette have been linked with moves away from the club. Should either move transpire, a spot for Haaland would open up. The striker's father is understood to be trying to convince Haaland to choose the Bundesliga over the Premier League, with both Bayern Munich and RB Leipzig keen on the teenager. However, English sides would offer a higher salary, which may be enough to turn Haaland's head.

Leipzig hold a key advantage in the race for Haaland. A separate report from ​Sport Bild notes that they have the option to sign him for just €30m next summer, as a result of the relationship between the two sides.

English teams have been quoted closer to €85m, which would almost certainly be too much for Arsenal, who spent the majority of their transfer funds on winger Nicolas Pépé during the summer. There appear to be too many obstacles in the way for Arsenal. Alongside having to compete with the likes of United, Bayern and ​Real Madrid, they will struggle to finance a move for Haaland, all while knowing that Leipzig can swoop and strike a cut-price deal.

Should either Aubameyang or Lacazette leave, things could certainly change, but that seems incredibly unlikely right now.