It wasn't so long ago that Wolves were in crisis, staring down the barrel of an awful start to the Premier League season and becoming the latest club to suffer from the dreaded Europa League curse.

While the qualifying rounds brought glamorous European jaunts to the likes of Turin, the Armenian capital of Yerevan and, well, Belfast, their domestic form made for uncomfortable viewing. The Wanderers failed to win in their opening six Premier League fixtures, drawing four and losing twice - defeats that brought a combined total of eight conceded goals to Everton and Chelsea.

Fast forward a further six games and Wolves are eighth in the Premier League table, unbeaten in those half a dozen matches. Not only are they in touching distance of the league's European places, they're on course to secure qualification from their Europa League group as they sit second on nine points after four fixtures. 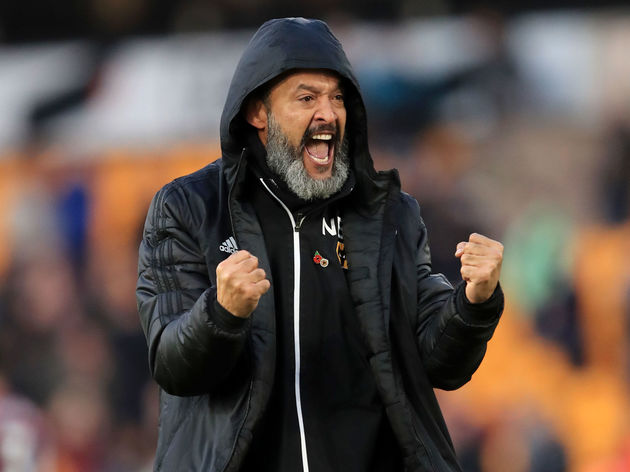 ​Nuno Espirito Santo has kept faith in his players and philosophy, turning their season around to make Europa League progression and a tilt at the top six genuine possibilities.

But how exactly have Nuno and his troops got their season back on track?

First and foremost, Wolves are unrelenting and more resilient than most, and not just in a throwaway sense of bouncing back from adversity or making life difficult for opponents. Nuno's side get the job done in the final few minutes with such regularity that it's beyond the point of coincidence - it's part of the game plan.

Wolves have become synonymous with scoring late goals, gaining a second wind as their opponents tire or lose concentration. So much so that the club posted a quiz on their official website to name the 12 players who've scored in stoppage time in the past 12 months, following Adama Traore's late strike in October 6th's 2-0 victory over Manchester City. They've added another in recent weeks and that impressive statistic now reads 13 stoppage time goals in as many months.

 @Raul_Jimenez9 on Neves' 'fantastic' strike and his own goalscoring form.

It could well be the difference in their progression to the Europa League round of 32, with a pair of stoppage time goals turning two points into six against Besiktas and Slovan Bratislava. This allowed ​Wolves to open up a five-point lead in second place. Those two performances highlighted that it's not a one-size-fits-all approach to the final 15 minutes, Nuno prepares for the late dismantling of opposition in different ways.

Against Besiktas, Wolves found themselves in an interesting battle and their Turkish opponents had several chances to take the lead in either half. Much of the English side's creativity had come from open play, yet in the final ten minutes they began to use set pieces to exploit Besiktas' defensive frailties. A marginal offside ruled out a goal from a corner and Wolves had the scent for those three points, sealing them minutes later from long-throw-induced confusion as Willy Boly poked home.

Slovan was a different story, Wolves only denied by goalkeeper Dominik Greif's stunning performance as they dominated from the kick-off. It was time to play to Adama Traore's strengths as Wolves pressed for a late winner, using his directness and pace to bombard the Bratislava box with crosses. In the second minute of added time it paid off and Wolves secured their third Europa League win via Raul Jimenez's header. Wolves were hardly known for their rotation during last season's successful return to the top flight, so it's understandable that squad depth was flagged as a concern from the moment they sealed Europa League qualification.

The 2019/20 season presents a similar story and Wolves have used just 18 players in the Premier League so far. However, Nuno is acutely aware that there's more than one way to skin a tactical cat, keeping players fresh by utilising the versatility of key squad members. A ploy that has also enabled the Portuguese to make effective tweaks to his formation in-game.

Premier League fixtures with ​Newcastle and Arsenal at the turn of November support Nuno's decision for positional rotation and adaptation. On their visit to St. James' Park, Wolves' right flank comprised of Matt Doherty in the back three, Adama Traore at wing-back and Leander Dendoncker alongside him in midfield.
​
​Although not at its most effective in this game, this approach has enabled Nuno to rest players like Doherty when necessary and cope with the loss of Ryan Bennett and Willy Boly to injury. 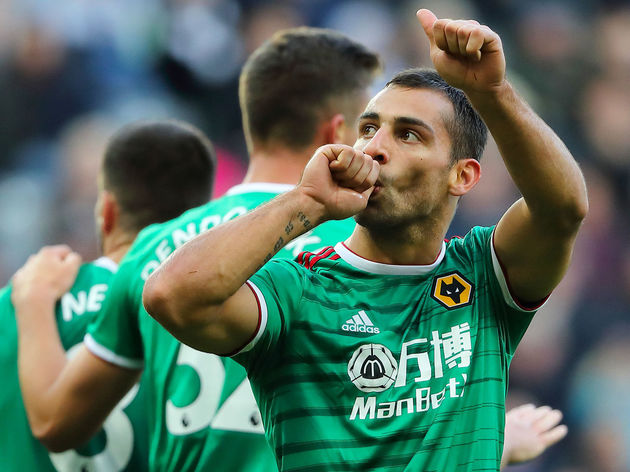 Wolves played well in the first half, but found themselves a goal down at the break. 3-5-2 became 3-4-3 in the second half - Dendoncker dropped into defence, Doherty moved to wing-back and Traore pushed into an attacking role. It turned the game on its head, the West Midlanders equalising in the 73rd minute and unlucky not to escape with all three points - especially as they should have been awarded a late penalty.

The same system and personnel were used in the following weekend's 1-1 draw with ​Arsenal, Nuno's side good value for the point after growing into the game at the Emirates and once again scoring in the final 15 minutes.

While the Premier League revival has been about those tried and trusted performers, Wolves' Europa League campaign has been a platform for the progression of two academy graduates and the pair of young forwards to arrive at 22-year-old defender Max Kilman has featured in two group stage fixtures, while talented midfielder Morgan Gibbs-White has played in three. Patrick Cutrone joined from Milan this summer to feature in all four group fixtures so far, while Pedro Neto has two competition appearances since his transfer from Braga.

Not only has this given them time to settle in, it has enabled Nuno to rest Diogo Jota and keep the now-Portugal international fresh for Premier League action. Raul Jimenez, however, simply cannot be dropped from the Europa League teamsheet, the Mexican is on fire and already has eight goals from ten appearances in the competition.

It's this level of man-management and tactical prowess that has seen the Wolves manager transition from whispers of a potential sacking, to cries that he should have been considered for the Spurs job in the space of just two months.

Wolves supporters will be relieved that Jose Mourinho filled the hotseat so quickly, as there is a genuine sense that their adventure is just beginning. However, losing Nuno is simply not an option if those dreams of Champions League qualification are to become a reality. If they carry on grinding out Europa League results, they might just lift the trophy and sneak into Europe's premier competition through the back door.