Like it or loathe it, Tottenham fans, Jose Mourinho is your new head coach and there's nothing you can do about it.

Supporters are understandably still in a state of shock, perhaps one of grief, regarding Mauricio Pochettino's departure, and hiring the single most divisive figure in the history of football is sure to send some powerful chills down spines in north London.

Not everyone is on board with the appointment yet, but November 20 could prove to be a seminal day in Spurs history, and here's how Mourinho can win fans over. Strip away everything about a supposed changed philosophy and what Mourinho's appointment means ​for the club. His M.O. is simple - start winning football matches with ​Tottenham Hotspur.

Take out the run to the ​Champions League final and Spurs have been acting like a midtable side in 2019, famously without an away win in the ​Premier League since January 20.

Fans have been feeling pretty miserable about even going to matches for a while, but once Tottenham return to winning ways, the feel good factor will return and there'll be belief in Mourinho going forward.

Keep Himself From Being Nuisance 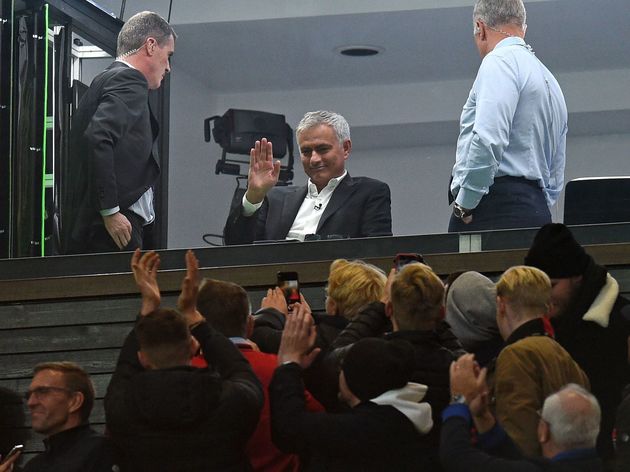 Mourinho's antics at nearly every club he's been at show a clear lack of disrespect for everyone but himself, and he heads to Spurs hopefully knowing that it won't fly anymore. It's 2019, grow up.

The man before him, the most revered in a generation, was a gentleman from start to finish, and sparing the club of any Damned United schtick would be much appreciated. It's about the club, not the coach. It's naive to think that Mourinho will start ​going toe to toe with bigger and better teams just because the 'heritage' of his new club dictates that. He won't. It's Jose Mourinho.

If Tottenham are competitive in big games and actually pick up results, fans will be fine with parking the bus. Small games? Act your age.

Clear Out the Old Guard From accepting a typical Mourinho trait to challenging one, ​fans won't be pleased if Mourinho stagnates on a much-needed rebuild to stand by senior players past their best-before date.

The likes of ​Toby Alderweireld, Jan Vertonghen, ​Danny Rose and Victor Wanyama look far beyond their best years now, and even if they return to form briefly, it won't be sustainable.

Fans are now firmly behind moving this generation of players on, but Mourinho always tends to keep senior heads around longer than needed. A sign of a changed man would be abandoning a hamstrung principle.

Stick With the New Boys After Pochettino was at long last backed in the transfer market, he was given scarce time to utilise them in his vision. Tanguy Ndombele, Giovani Lo Celso, and Ryan Sessegnon have started just eight of a possible 36 Premier League matches together.

All three have a huge amount of promise, and it would seem very Mourinho to just bin them off without a second thought. They are clear assets and any rebuild needs to heavily involve them if they're to be successful.​ And so we return to Mourinho's mission - make Tottenham Hotspur winners. Pochettino took Spurs to the very brink of huge success, and now the Portuguese coach must get them over the hump with the foundations laid for him.

The move to hire him represents one of a club looking to change their culture, and while Pochettino's job put Spurs in a position where they're able to hire​ Mourinho, it looks like the appointment is one for success in the present, potentially Daniel Levy and ENIC's endgame before selling up.

Fans have been craving silverware for years, and even if Mourinho only wins a League Cup, perhaps it'll finally put to rest the dreaded 'but what have they won' argument.