Real Madrid May Rage About Gareth Bale's Flag - But What Do They Expect?

MARCA called it the 'umpteenth sign of disrespect', while a hot-take opinion piece by the same Madrid-based publication pettily insisted Gareth Bale would never be a Real Madrid legend.

Too many he probably won't be.

The other major players in the Spanish media didn't seem to find much humour in flag-gate, whipping up the frenzy with words like 'mocks' and 'trolls' for cheap clicks, while gleefully condemning the player for another episode of insubordination.

​calling for the player to 'get out' of Madrid on air.

Some early Madrid reaction to Bale’s banner - completely out of hand, finished at Madrid, inexcusable, should never wear the shirt again - and there will be more... pic.twitter.com/vQMWvZ831D

The show's eccentric contributor and AS journalist Tomas Roncero also tweeted the image with the caption 'I'm going to count to ten...'. Other prominent personalities insisted he should never wear a Real Madrid shirt again.

However, Real Madrid didn't tweet or post anything on social media celebrating Bale and Wales' qualification for Euro 2020, while reports Back in August El Chiringuito host Pedrerol demanded: “Bale must be sold. Sell him and say ‘thank you’. Because ‘gracias’ he won’t understand.”

Here’s Bale and Wayne Hennessey spotting the flag in the crowd. Absolutely loving it pic.twitter.com/CctegY9Q37 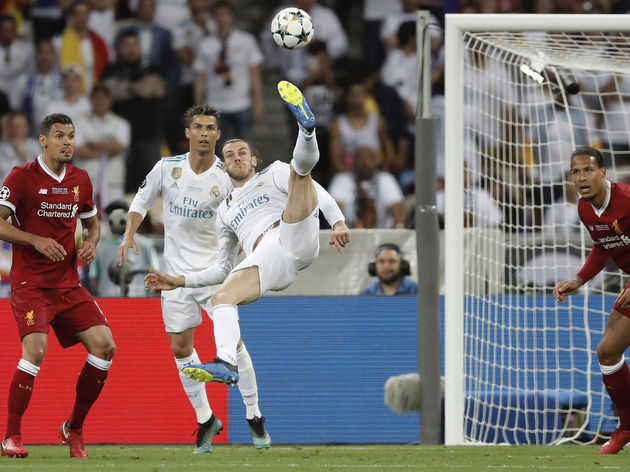 Now 30, the forward just keeps his head down and keeps producing - when he can stay fit. He's scored two in six La Liga outings this season and as much as they may want to move past him and his €15m-a-year salary, Madrid just can't. He is still their best option on the right of a front three and there aren't many better in world football.

The fan - also named Gareth - who brought the now-infamous flag to the Cardiff City Stadium on Tuesday night put it succinctly as he told ​90min: "Madrid buy and sell as they please, it’s consumer football, disposable football, and Bale's strength of personality is hard for their fans to grasp when everything in their world is subservient to this colossus of a club. It’s made him the player he is. "He’s loved in Wales. He’ll be remembered here for as long as we play football. Madrid will move on, chew up and spit out talent like they do, but we’ll remember him long after they’ve forgotten about him, like they have Laurie Cunningham. We’ll build a statue of him one day."

Flags are powerful. 'Worth Dying for' is the title of Tim Marshall's 2016 book about the importance of the flag as a symbol. For Bale though, it is not about dying but living.

Playing for Wales gives him freedom, love, life and 'a bit of fun'. With his national team, he's in on the joke. It's one that Madrid will never get.