If at the start of the season you had said that in late November one of Manchester City and Chelsea would be on a six-game winning streak in the league​, while the other lies nine points off the top of the table, few would have predicted that it was the London side in better shape.

Manchester City are already in danger of falling too far behind title rivals Liverpool in this year's race to be champions of England. They will be desperate to claw back some points after Liverpool beat them comfortably last time out in the league at Anfield. Guardiola's men face a stern test in Frank Lampard's ​Chelsea, whose young stars are riding a wave of confidence at the moment.

The two teams are third and fourth in the table with Lampard's side just a point ahead of the Cityzens, and are part of the pack running clear of the other top four contenders.

Neither team will be giving an inch in the pursuit of victory this Saturday. Lampard has a a couple small selection headaches ahead of the City clash, after he started Reece James over captain Cesar Azpilicueta in the home win over Palace last time out. James was excellent and was instrumental in limiting the damage star Wilfired Zaha could cause the Europa League winners.

N'Golo Kanté's return could also mean one of Mateo Kovacic, Jorginho and Mason Mount might miss out.

Christian Pulisic had to be substituted in the clash against Crystal Palace the last time the Blues played. Having scored in that game, Pulisic had been in fine form for Chelsea, but a slight hip injury left him out of the USA national team for the international game.​

Ross Barkley and Ruben Loftus-Cheek are unable to return after their respective injuries and Antonio Rudiger's knee surgery has him ruled out until the beginning of December. 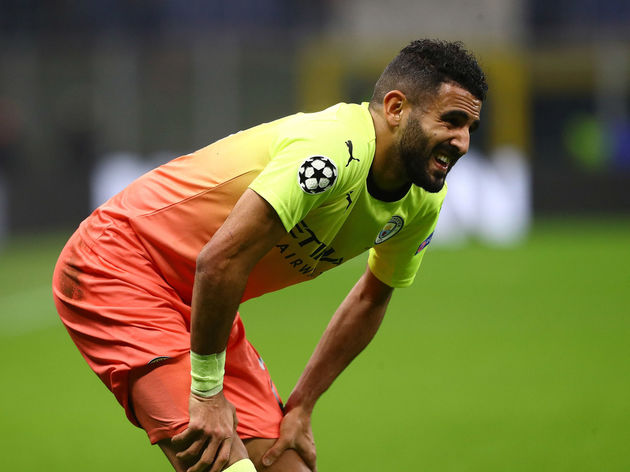 For ​City, Aymeric Laporte still leaves a big hole in the defence, where Fernandihno has been patching things up for City at the back recently. Oleksandr Zinchenko and Leroy Sane are longer-term absentees.

Riyad Mahrez came home from international duty with Algeria due to 'personal problems', so will be well rested ahead of Saturday's game.

Bernardo Silva will serve his one match ban after his controversial tweet involving left back Benjamin Mendy. 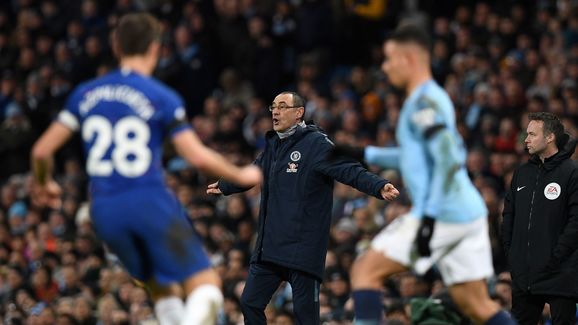 Last time out in the league was one to forget for Chelsea, thrashed 6-0 at the Etihad in February. A Carabao Cup final soon followed, which City narrowly edged on penalties.

Matches have been tight in the history of the fixture. Chelsea have a total of 67 wins from 163 competitive meetings. City have 57 wins and there have been 39 draws. The champions have been on mixed form compared to their usual, astronomically high standards​. They have lost twice in their last five in the league and were unable to win at Italian side Atalanta in the Champions League. Liverpool have been faultless at the top of the league - bar a draw with Manchester United - meaning that City are now some way behind them already.

Chelsea, remarkably, have only lost once in their last 11 games, a 2-1 defeat to Manchester United in the Carabao Cup. They haven't lost in the league since falling 2-1 to Liverpool in September. Both teams have been a bit leaky at the back at times and don't look defensively sound. It could mean that it is a high scoring game, but with the quality of City so desperate to get back on track, they might just edge it.