9 Things That Will Definitely Happen at Tottenham Under Jose Mourinho

Like him or not, Jose Mourinho is the biggest manager in world football. Wherever he's gone since he won his first Champions League title in 2004, there's been a camera crew or reporter not far behind. He's a draw, he's a spectacle, he's not just box office, he's the whole cinematic industry.

Tottenham fans should buckle up and hold on tight - for better or worse, they're in for a bumpy ride. The highest highs and the lowest lows, how fitting of a club who just seemingly love a big piece of nonsense from time to time. Move over, Tim Sherwood, we have a new champion.

Let's take a look at all of the weird and wonderful things that are definitely going to happen to Tottenham under Mourinho. After it became a mainstream opinion that Mourinho doesn't trust young players, he did all he could to assert his case that he does. Casting an eye over ​Manchester United's youth team in 2017, he picked the biggest guy he could find to just throw into the senior squad - ah yes, 6ft 3in Scott McTominay.

To the Scot's credit, he's turned out to be a decent player for United, and it'll probably be a trick Mourinho tries at Spurs, with Oliver Skipp - who's been likened to trusty Bond villain henchman Nemanja Matic - ​the most likely to be cast in the role.

Son Heung-min Will Play as a Left-Back, Obviously In fairness, as predictably funny as this is, it isn't unprecedented. ​Son first played as a LWB in ​Spurs' FA Cup semi-final against ​Chelsea in 2017, notably giving away a penalty.

However, that move was tactical to match-up a quick wide player ​against Victor Moses, whereas we're now probably going to get a solid flat back four. Proper Ashley Young transformation. Football's most likeable man is going to turn into a pragmatic no-nonsense defender. Look on the bright side, Tottenham fans - there's no way Mourinho will let his ego be destroyed by ​Arsenal. Some drab 0-0s and 1-0s along the way, though never a defeat.

A Mourinho vs. Emery meeting will surely be up there with watching paint dry and counting sheep as cliches for the world's most boring endeavours, but at least Spurs won't be losing to their arch rivals any time soon.

Lucas Moura Will Be Bullied Poor little Lucas, so precious yet so fragile. If you listen closely, you can hear Mourinho licking his lips at the prospect of finding someone to make an example of.

A lot of outsiders wondered why Pochettino never fully trusted Lucas, and the simple answer is he's far too inconsistent to be a starter, and his displays this season have often been wasteful and frustrating. ​How very Marcus Rashford of him. Get it booked - Lucas is going to end up crying on the pitch.

Pochettino and Tottenham's Trophy Record Will Be Mocked "How many trophies did the manager before me win? How many did Tottenham win before I joined? Zero. Zero. Respect, respect."

It's just so ​nailed on.

Tottenham's Dark Arts Will Be Taken Up a Notch An underlying part of Spurs' progression under Pochettino was their ability to hold their own physically against bigger sides, citing ​Juventus as the masters after they were dumped out of the Champions League in 2018.

If there's one man whose arts are darker than Juve's, however, it's one

Battle of the Bridge 2.0 While Chelsea head to Tottenham Hotspur Stadium on December 22, where Mourinho will inevitably get into a scuffle with disciple Frank Lampard, it'll be when he returns to Stamford Bridge in February that'll be the main showpiece of the season to come.

Minute 2: Jose Mourinho punches Pedro for smiling at him.

Spurs fan or not, tell me you don't what that to happen (sorry Pedro). 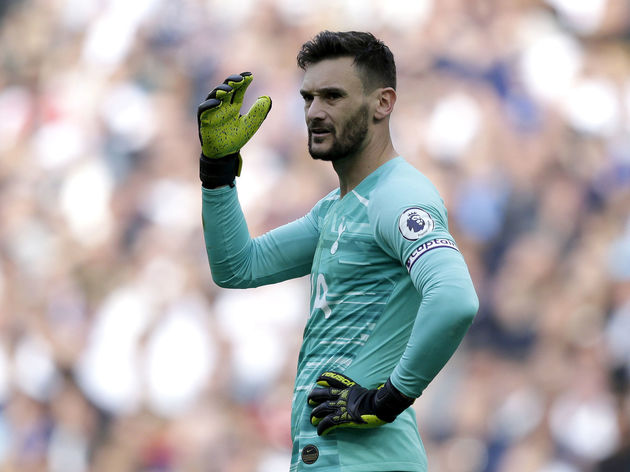 Captain for club and country? Check. During the halcyon days of Mourinho's spat with Pep Guardiola, he reportedly took a swipe at his appearance.

As quoted by El Confidencial via the ​Daily Mail, Mourinho said: ​"W