PSG's Edinson Cavani has admitted ​heated words were exchanged with Lionel Messi during Uruguay's game with Argentina on Monday amid claims that the pair almost traded blows on the pitch.

The two superstar forwards squared up to each other during a less than friendly 2-2 draw in Tel Aviv. At the time, Uruguay were leading through a Cavani goal but tensions boiled over when a tackle by Uruguay's Matías Vecino incensed Messi. 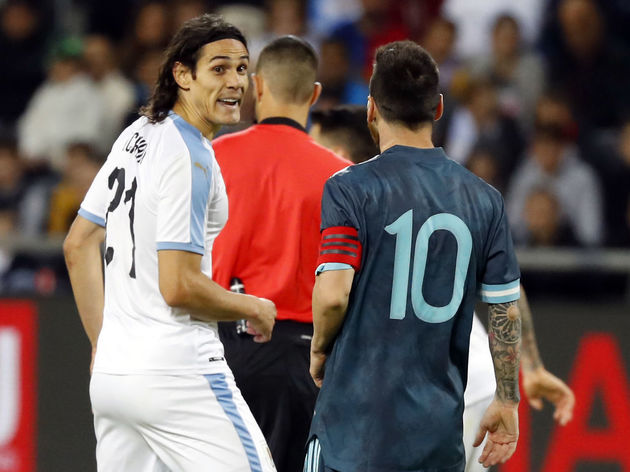 Cavani, in defence of his teammate, came face to face with Messi and it is reported the duo were close to sharing more than just verbals.

Spanish newspaper, ​Olé, told that Cavani allegedly asked: "Do you want to fight?" Messi is said to have replied: "Whenever you want, whenever you want."

As it were, no trouble ensued and ​Barcelona's Luis Suarez acted as peacemaker, splitting the pair up before the situation could escalate any further. 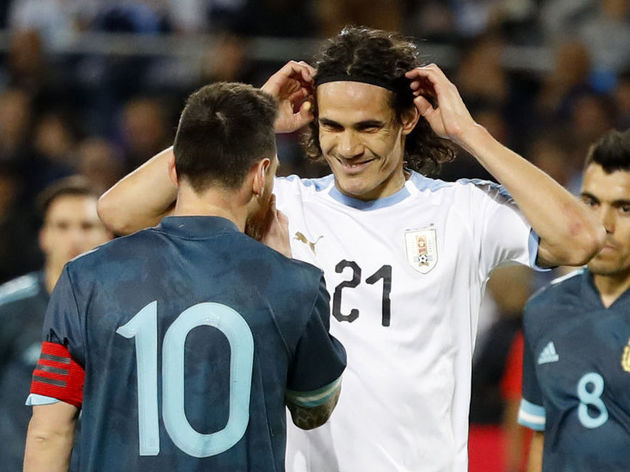 But despite the supposed explosive nature of the bust-up, post-match, Cavani played down the altercation as handbags and claimed it wasn't anything unusual.

"Yes, that's football," he told reporters, as reported by ​Goal.com. "That's what the Clasico matches [between Argentina and Uruguay] are like. That's football."

The game itself was action-packed, with​ Messi salvaging the draw in the dying moments to further aggravate the already riled Cavani. Uruguay led at half-time after the ​PSG man's 34th-minute close-range effort but Sergio Aguero bagged the equaliser just after the hour mark.

The ​Manchester City marksman headed home Messi's free-kick to draw his side level. However, the lead didn't last long and Uruguay soon regained the upper hand.

Luis Suarez's free-kick arrowed into the top corner to make it 2-1 but it would be Lionel Messi who'd have the final word.

Uruguay defender Martin Cáceres was adjudged to have handled in the box in the fourth minute of added time, offering Messi a chance from the spot. 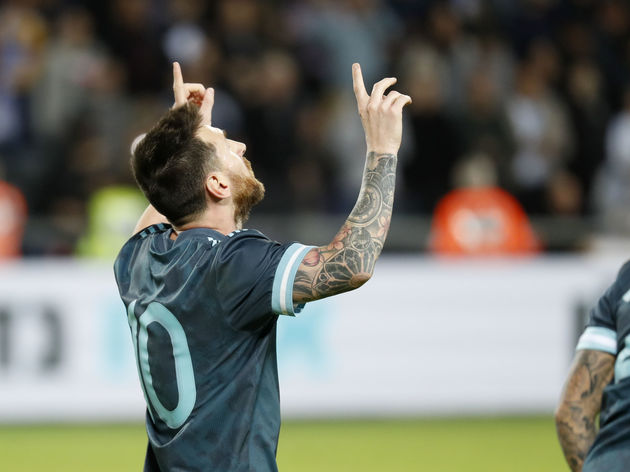 Unlike in his previous game with Brazil where he missed from 12 yards, Messi made no mistake, coolly dispatching the penalty to save his side from defeat.

It was the last international fixture for both teams before the South American World Cup qualifiers kick off in March.