​Newcaslte United will make a decision on Elias Sorensen's future in January, and could send the player abroad should his loan move at Carlisle not work out.

The 20-year-old has struggled for any sort of game time at the League Two outfit, but the Magpies are hoping that the sacking of the hapless Steven Pressley last week could see the young forward shuffled back into the lineup. 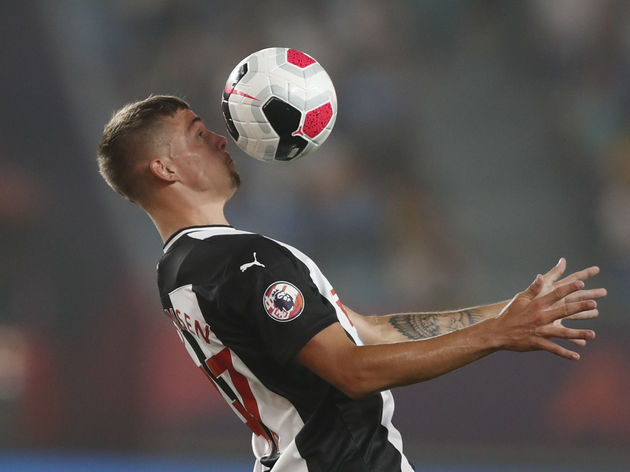 According to ​The Chronicle, Sorensen has a number of loan offers from abroad, with teams from Denmark particularly interested. Therefore, if Newcastle decide to recall him in January, he will not be short of potential suitors for a move away immediately.

Sorensen's stay at Brunton Park has seen him start just one League Two match – against Scunthorpe in August, where he was taken off at half time. He has yet to contribute to a goal in the league, FA Cup or Carabao Cup, only popping up with any sort of value in the Leasing.com Trophy.

This lack of playing time has come despite Carlisle's abysmal form, the far-northern side sitting 20th in the table with the sixth-lowest goals-to-games ratio in the league (and the worst defensive record, which Sorensen can't really be blamed for).

The young Dane had a poor loan spell at Blackpool last season, and now needs to make a decision on what is the best possible option for his career. Another wasted season at one of England's smaller clubs won't help his case to potentially break into the Newcastle team. ​Newcastle return to Premier League action on Monday when they head to Villa Park. Joelinton is another Magpies striker who is having a difficult time, bagging just one goal for the club all season since his move from Hoffenheim. However, he will be looking to get on the scoresheet against a struggling Villa side, who are sitting just one place above the relegation zone