Milan striker Krzysztof Piatek has revealed West Ham made an approach to sign him from Genoa prior to his move to San Siro.

The Pole put in a string of fine performances for the Rossoblu, before eventually securing a move to his current club in January 2019. While he made a strong start to life at San Siro, Piatek has since struggled - only netting three times this season. 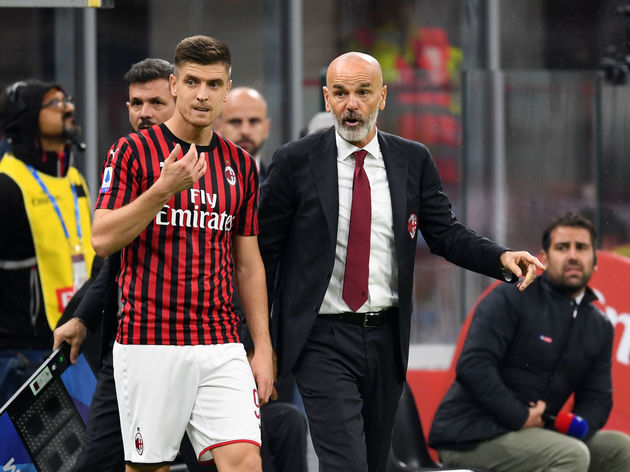 West Ham, Piatek has confirmed, made an offer for him before he joined the Italian giants, and he has opened up on the extent of their interest in him.

“West Ham also made a big offer, but Genoa turned it down, as they have a very good relationship with Milan and wanted to give them the priority,” Piatek told ​Przeglad Sportowy back in January.

“With all due respect to ​West Ham, Milan are a much bigger club. The money might’ve been the same, but at this stage of my career, money is not the most important thing. I have the chance to play in the Champions League here.”

However, ​Milan are said to be unhappy with the forward's start to the season, and ​will look to loan him out if he doesn't start scoring within the next five Serie A matches. The club are also considering the possibility of bringing in Zlatan Ibrahimovic, which would hinder Piatek's game time.

While Piatek hasn't been linked with a move to West Ham recently, the club are certainly lacking firepower up front despite the arrival of Sebastien Haller. The east London side currently sit 16th in the Premier League and have managed just 14 goals from their opening 12 matches.