During the 2010s, the club became the most successful in English league history with 19th and 20th titles. There has also been FA Cup success, League Cup triumph, while even Europa League victory ensured United are one of only a few in the continent to have won every major trophy at least once.

But in the years since Sir Alex Ferguson’s retirement, United have more often than not struggled to repeat their past glories, particularly where the Premier League has been concerned.

Taking all of that into account, here’s a look at a Manchester United team of the decade... 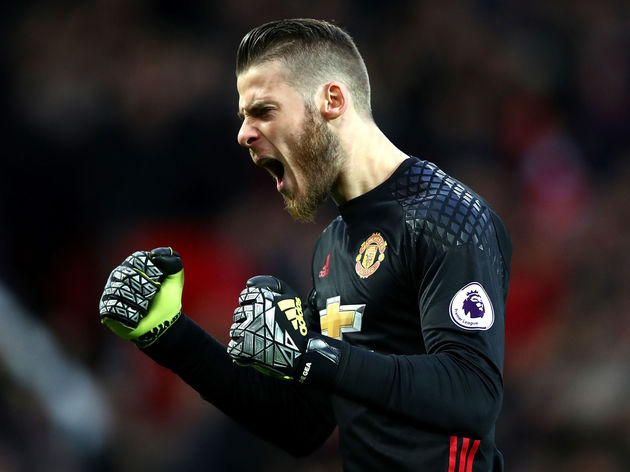 David de Gea (GK) - De Gea was still finding his feet when United won their last Premier League title, but in the years that followed he has developed into one of the best goalkeepers in the world. He has been voted Sir Matt Busby Player of the Year a record four times.

Rafael (RB) - It remains a great disappointment that Rafael was allowed to leave for so little in January 2015. The Brazilian full back’s passion and drive made him a fan favourite, while he had the best season of his career in the 2012/13 title winning campaign.

Nemanja Vidic (CB) - Only the second non-British or Irish club captain in United history, Vidic was coming to the end of his Old Trafford career in the early 2010s. But a lack of world class centre backs in the years since ensures he still has a place in this all-decade side.

Rio Ferdinand (CB) - After being afflicted with injury problems between 2008 and 2010, Ferdinand rediscovered his fitness later on and remained an important figure. He famously scored the winning goal in Sir Alex Ferguson’s last game in charge at Old Trafford in May 2013.

Patrice Evra (LB) - Evra rarely missed a Premier League game for United in the early years of the decade, prior to joining Juventus in 2014. He began to regularly captain the side when the likes of Vidic or Ferdinand were unavailable and won three trophies after the beginning of 2010. 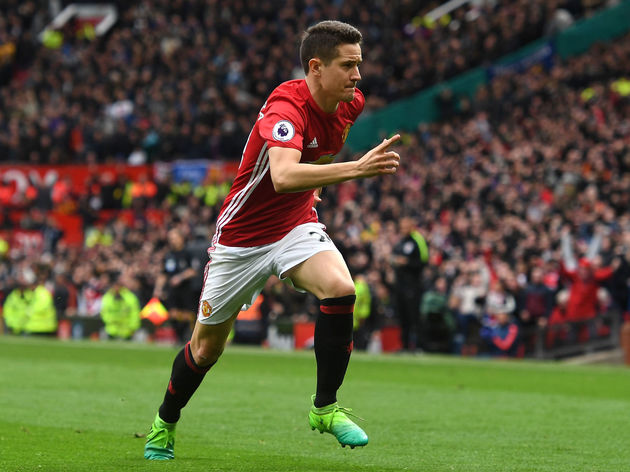 Antonio Valencia (RM) - Having joined in 2009, Valencia played close to 350 games in ten years as a United player. That decade began as a flying winger, which saw him named Sir Matt Busby Player of the Year in 2012. He extended his Old Trafford career by converting to right back.

Michael Carrick (CM) - Carrick was bizarrely United’s only real constant in midfield during the 2012/13 title winning season. That was the same year he was voted the club’s Player of the Year by his fellow teammates, while he later went on to become captain and then a coach.

Ander Herrera (CM) - Herrera was a player many United wanted to see as the club’s next captain prior to his departure to Paris Saint-Germain as a free agent in 2019. The Spaniard was a fierce competitor and understood what it meant to play at Old Trafford and be a United player.

Juan Mata (LM) - Twice Chelsea’s Player of the Year, Mata has been a popular figure ever since he joined United in 2014. His numbers have dropped of late, but the Spaniard regularly would chip in with goals, including some particularly special ones - like his scissor kick against Liverpool. Wayne Rooney (ST) - In 2017, Rooney became United’s all-time top goalscorer when he netted for the 250th time. The last ten years have seen the ever adaptable Rooney operate as both a great goalscorer and scorer of great goals. Nobody will ever forget that Manchester derby strike.

Robin van Persie (ST) - Van Persie scored 58 goals in 105 total United appearances and it was his invaluable contribution during the 2012/13 season that delivered the Premier League title. The club has had other goalscorers since, but still not one with such decisive impact.