​Chelsea were interested in bringing Sergio Aguero to Stamford Bridge before he joined Manchester City back in 2011. However, then-Blues captain John Terry advised against the signing.

Since signing for City over eight years ago, the Argentine has won four league titles and scored a whopping 173 goals, leaving his name etched in English football folklore. 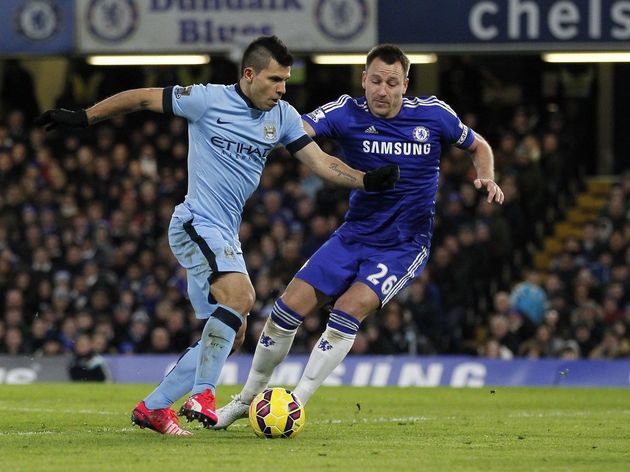 However, according to ​The Athletic, things could have been so different, with ​Chelsea holding a number of talks with Atletico Madrid regarding the player back in 2010.

Terry - who had a hand in a number of big decisions - advised the club against the deal, as he was supposedly unimpressed with the striker on the previous two occasions that they had come up against each other in Europe.

The Athletic say the Englishman was not keen on ​Aguero's movement, and even told Chelsea that a move for Spain striker David Villa would have been a better choice, while he also hailed French winger Franck Ribery. However, Villa would leave Valencia to join Barcelona soon after., while Ribery stayed with Bayern Munich from 2007 to 2019. The Blues did maintain an interest in Aguero, but he opted to move to current Premier League champions ​Manchester City, after Chelsea shelled out £50m for Fernando Torres in the January window of 2011.

Funnily enough, 31-year-old Aguero has a stunning record against Chelsea, bagging 15 goals in 18 games against them. No other team has been on the receiving end of more goals from the Argentine.

Chelsea will be hoping that Aguero's fine form against them doesn't continue this weekend, as Frank Lampard's in-form side head to the Etihad on Saturday to try to dent their opponent's title challenge even further.