Haaland, who has scored 26 goals in all competitions already this season, is of serious interest to United and several other top European sides – although Barcelona are considered unlikely to pursue a deal because of the potential €100m price tag. 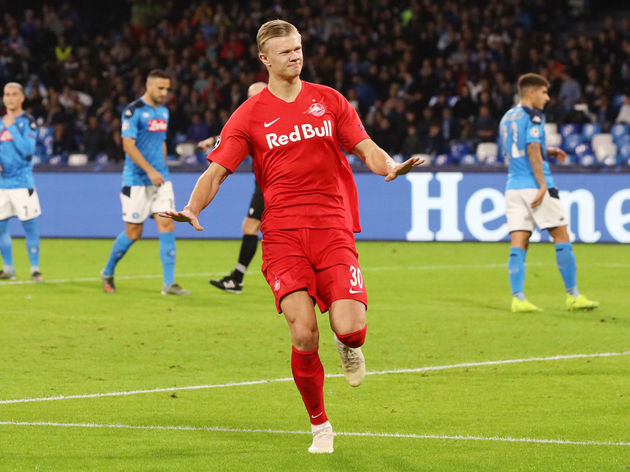 United have already been labelled favourites to land the teenager by Norwegian publication Daglabladet, while it was recently reported that manager Ole Gunnar Solskjaer has tasked his most trusted scout, Simon Wells, to keep a close eye on Haaland.

It all sounds very promising for United fans, and the latest from David Ornstein of The Athletic feeds into that even more. Ornstein has revealed in a Q&A session this week that he has been told by a ‘source’ that Alf-Inge Haaland has ‘visited and been seen at United's training ground’.

Before getting too carried away, it must also be noted that Ornstein added ‘I don't know that for certain’. However, he clearly has at least enough confidence in the source to be willing to share.

It is not known what might have been discussed on Haaland's alleged visit, but it suggests that the family is looking to keep all options open and a potential move to United in on the table.

Exactly when United would pursue a deal remains to be seen. Salzburg have previously been tipped to resist a January sale and wait until summer before cashing in. But there is a rumour that the Old Trafford club could try to sign Haaland and offer to loan him back to Salzburg for the remainder of the campaign, similar to Chelsea’s capture of Christian Pulisic last season.

But there is also a school of thought that Haaland could actually snub a big money move next summer in favour of joining RB Leipzig instead. It would mean delaying his ascent to the elite level, but offers a smaller and potentially more manageable step for a player still so young.