It’s been a fairly solid season for Crystal Palace so far, with the club currently sat in 12th and about to finish a horror run of fixtures against five of the current top six. After a strong start to the season that saw the Eagles sat 3rd in the Premier League at the end of October, they have been humbled with consecutive defeats to Leicester and Chelsea.

Roy Hodgson’s side face top of the table Liverpool at the weekend before moving on to a kinder set of games featuring the likes of Bournemouth and Burnley. These are the games Palace will have to win if they are to avoid another relegation battle.

However, despite a poor summer transfer window in which the club failed to invest in a replacement for right back Aaron Wan-Bissaka and a new striker, the Eagles still managed to shock Manchester United at Old Trafford and have claimed further impressive victories over newly promoted sides Aston Villa and Norwich.

Despite the positives there is certainly room for improvement and here are five players that need to do better this weekend. ​Wilfried Zaha has always been ​Crystal Palace’s talisman but has so far failed to impress this season. After scoring 10 times in the league last year as well as adding six assists, it was no surprise to hear Zaha wanted a chance to move on to a bigger club last summer. However, it’s November and while he’s still donning the red and blue, he's shown real inconsistency. It is understandable that uncertainty over his future has likely had an impact but he needs to show more week in week out.

The Ivory Coast International has only managed one assist so far this season and won one penalty. Despite some impressive performances against the likes of West Ham and Arsenal, he has failed to have a similar impact to last season. Against the likes of Chelsea last season, he was kept under wraps comfortably by newcomer Reece James.

If Zaha is to secure a big money move away from Selhurst Park, he will need to greatly up his game, starting at home to Liverpool this weekend. 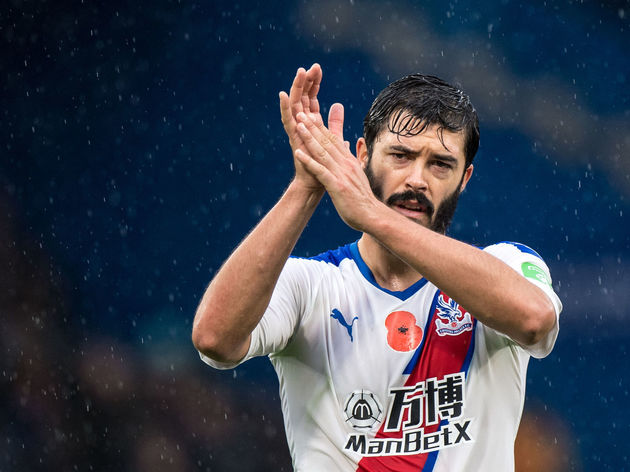 James Tomkins has only recently come back from injury but needs to sharpen up. Despite Palace being defensively sound this season, Tomkins has lost his man too often recently which has led to goals. Against Chelsea, Tomkins was slightly at fault for losing his man in Tammy Abraham, allowing the England international to bag the opener.

Coming back from injury is never easy, especially when facing some of the most potent attacks in the league, but if Tomkins wants to retain his place, he can’t afford to give his man too much time and space. With ​Mamadou Sakho waiting in the wings and ​Gary Cahill looking too good to be dropped, Tomkins is most at risk of losing his place in the back four. Jeffrey Schlupp was one of Crystal Palace’s real surprise packages last season, scoring five goals. He was able to cause problems for the fullbacks down the left flank while adding defensive solidity to the Eagles without the ball.

This season has therefore been a big disappointment with Schlupp failing to register a goal or assist in the campaign so far. Furthermore, Schlupp often appears almost disinterested in receiving the ball, looking to lay it off at the first opportunity and giving away possession too often.

Defensively, Schlupp has not showed too much either, failing to track back as quickly or aggressively as he should and not really giving a lot of cover to left back Patrick van Aanholt when on the back foot. Since his arrival in the Premier League, Crystal Palace captain Luka Milivojevic has gained a reputation as a penalty specialist and a tough tackler. However, one issue Milivojevic has always had is retaining possession. He is often too wasteful with the ball, either looking to pick out a pass which isn’t possible or taking too long on the ball and being dispossessed. If Palace want to cause more problems in the final third, Milivojevic needs to be smarter on the ball to help link up play when he receives it.

Milivojevic is a leader on the pitch and a tough tackler, helping to break up play and relieving pressure on the back four but on occasion he has been responsible for that pressure this season through carelessness. As captain, his place in the team is essentially guaranteed, but he needs to find a way to improve on the ball if he wants to help the Eagles become more than a team that survives in the league every season. Admittedly, Andros Townsend hasn’t been given too many chances this season but he has already acknowledged he should be performing better. Another top performer for the Eagles last season, Townsend has so far failed to hit similar heights. He has only one goal to his name which came against Norwich and failed to register an assist this season. Jordan Ayew has had a good start to the season but has never been a 20 goal-a-season striker, so the likes of Townsend and Zaha must contribute when it comes to scoring.

If Palace are to climb away from a relegation battle and midtable mediocrity this season, they are going to require Townsend to be more aggressive when taking on the full backs and unleashing a shot more often with his favoured left foot more often than he has this season. Palace require a better end product from all of their attacking options this season.