Given the vast amount of games he has played for Liverpool and Scotland over the past two seasons, ​it's no huge surprise to hear that Andy Robertson is starting to struggle a bit with injuries.

His club's only natural option at left-back and his country's best player by an absolute country mile, a mammoth 80 games since the start of last season are beginning to take their toll, as the 25-year-old admitted last week that he has been unable to train at club level for over two weeks.

“For the last two and a half weeks I’ve not trained at all for ​Liverpool," ​he said after withdrawing from Steve Clarke's most recent squad. “The call has been made and it has been taken out of my hands. It hurts as captain to miss out but I’ve had to be selfish for the first time in my career and let my body rest."

Of course, the injury didn't stop him turning in another decisive performance against Manchester City prior to the international break, but regardless, the signs are there that a genuine rotation option will soon be required.

Of course, Robertson is important, but when rests have been required, they have been granted to the likes of ​Roberto Firmino, Sadio Mané, and even his immutable full-back counterpart Trent Alexander-Arnold. The only games Robertson hasn't started this season have all come in the EFL Cup.

In those games, the ever-reliable James Milner has been asked to fill in, and it's a role he plays with a characteristic efficiency and dependability. With his chances in midfield growing more and more limited by the week, it may be that he remains the backup between now and the end of the season. 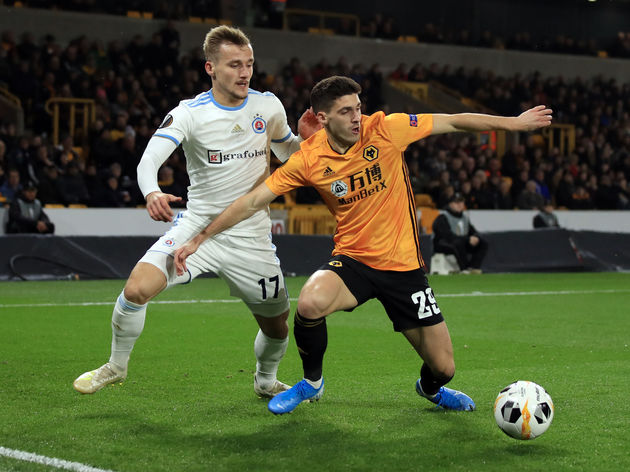 Norwich's Jamal Lewis has already played plenty of senior football for a 21-year-old, and though his side's defensive unit has been less than convincing, he's showed plenty of potential, and has the pace and physicality - while perhaps not yet the end product - to offer something that Milner cannot.

Philipp Max of FC Augsburg, who was linked in the summer, offers a more experienced option; but it's not clear how content he'd be to play backup given the frequency of his game-time in Germany.

Let's put our realistic hats on for a second, though. The likelihood is that, with the balance of personalities within the squad as perfect as it is - driving the Reds miles ahead of everyone else in the Premier League at the 12-game mark - that Klopp will stick with what he's got until the summer.

Should he do that, then there are options available outside of Milner.

Yasser Larouci, who showed plenty promise in pre-season before picking up an injury is clearly fancied as a long-term plan B. He's returned to the reserve team with a bang since, so expect him, at the very least, to play some part in the remainder of the League Cup campaign. Beyond Larouci, there's the versatile Adam Lewis, a couple of years further along in his development, who has spent much of this season at central midfield. A left-back by trade, the options he offers beyond his natural position mean he could prove a useful squad player, provided he is deemed good enough to promote into the first-team set-up.

What Else Is There?

Finally, if nothing else is fancied, Klopp could kill two birds with one stone, and give Joe Gomez the nod to cover at left-back. The England defender has ​grown frustrated at his depleted role, falling behind Joel Matip and Dejan Lovren in the pecking order to partner Virgil van Dijk, so finding somewhere for him in the team may be the only option to prevent his departure in the summer.

Though rarely, he has featured at left-back for the Reds before, and Klopp is clearly convinced enough by his attacking attributes, given the relative frequency with which he is used as back-up to Alexander-Arnold. If he could prove himself as capable on either side, as well as provide cover in the centre, there would likely be more than enough football to go round for the 22-year-old. 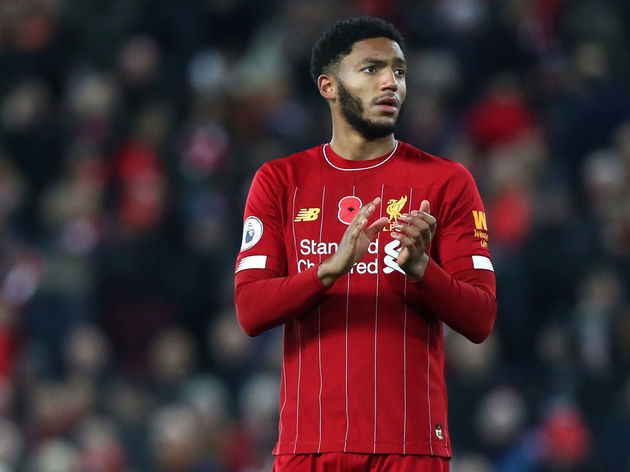 None of the options here are ideal, but as the season wears on, it becomes increasingly evident that one of them will need to be pursued - or risk a serious injury to one of the most important players in the side.

Klopp's an intelligent, compassionate coach who very rarely gets it wrong as far as his personnel are considered, however - whatever he chooses should be given the benefit of the doubt, preferably with minimal hysteria.