Emre Can has admitted that he is currently unhappy at Juventus due to his lack of game time, but he's vowed to work hard and fight for his place in the team.

The former Liverpool midfielder has found minutes hard to come by this term, and has evidently failed to impress new head coach Maurizio Sarri.

The German confessed that things are not going to plan at the moment, but has refused to give up on his stint in Italy without a fight. Speaking to Kicker, ​Can said: "I'm an ambitious guy, and I always want to compete at a top level. I am learning from this difficult moment, that everything won't always be how I expected it to. I haven't even started a match and I can't be happy, but I won't be beaten."

The 25-year-old has struggled since leaving the ​Premier League back in June 2018, but he refuses to accept defeat in his battle to earn a place in ​Juventus' starting XI.

"I will continue to work hard on myself," he said. "I will go to the gym before or after the training sessions, I'm doing extra sessions to be ready when called upon." 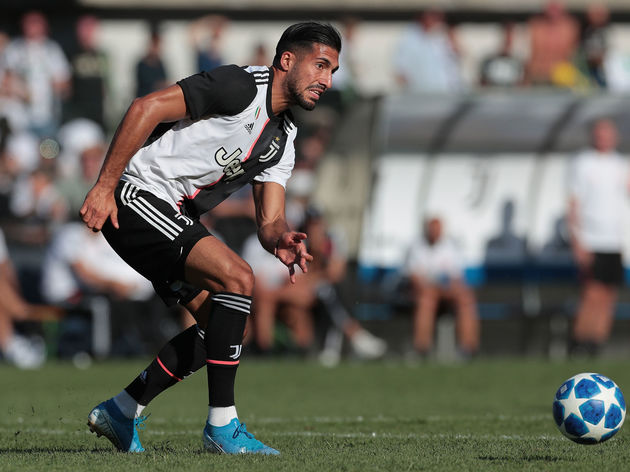 Emre Can has only featured in four ​Serie A games this season, and has been left out of the Old Lady's ​Champions League squad altogether.

His search for game time has not been helped by the summer introductions of Adrien Rabiot and ​Aaron Ramsey, who have been used more frequently than the German this campaign.

Can's lack of involvement at Juventus has seen him linked with an exit from Turin, with a potential return to the ​Bundesliga on the cards. When asked specifically about moving back to the German top tier, he merely said: "Anything can happen in football."

Despite struggling at club level, Can was named in Germany's squad for their final international games of the Euro 2020 qualification campaign, but missed out on their 4-0 victory over Belarus due to suspension.