Who's on the Plane? England Euro 2020 Squad Power Rankings - November

That's it then, the qualifiers are done and England are definitely going to Euro 2020 - woohoo!

For the first time in a good long while, the Three Lions have a pretty exciting pool of players to choose from. But, which combination of stars will

Here's the form 23 then by our reckoning, 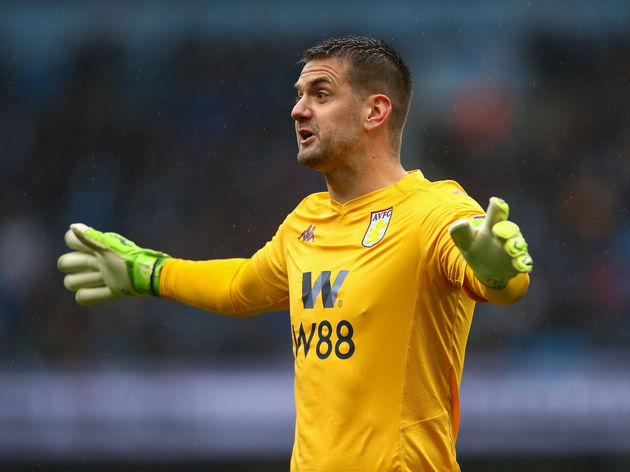 In perhaps the least interesting toss-up for places next summer, Southgate will probably have to choose between Aston Villa's Tom Heaton and Sheffield United's Dean Henderson for the third-choice keeper slot. It might well come down to who's better in the Pepe Reina-style camp entertainment role. Heaton looks a laugh...right?

At the moment there seems to be a four-way battle for two backup centre-back berths for England next summer. Tomori and Joe Gomez might just lead Tyrone Mings and Michael Keane as it stands, but that could all change in the next few weeks and months. A hugely talented prospect, Hudson-Odoi has not really built on his promise following his return from injury in 2019/20. If he doesn't shine next spring, there are seemingly about 147 other young English forwards ready to take his place.

Pros: Is a pretty good defender, England don't have many of those.

Rose will turn 30 during the Euros, which is likely to be his last tournament if he makes the cut. It's an increasingly big if as Spurs continue to struggle.

Luke Shaw would be a realistic alternative, but he can't stay fit. 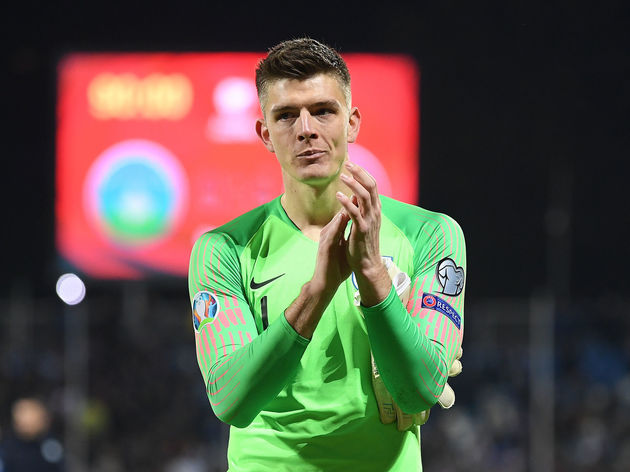 A veteran of the 2018 World Cup squad, Pope is a decent keeper to have around for England and he probably has one of the three slots locked down for next summer, barring serious injury or an incurable compulsion to start just throwing the ball into his own net at every given opportunity.

Near-constantly wearing the expression of a man who can't believe he gets to play football for a living, it's hard to dislike Mr Perrie Edwards.

With that logic (and also his recent resurgence for club and country) the Ox quite probably will be on the plane...maybe. Maddison finally made his England debut in the 7-0 win over Montenegro, with his introduction delayed following casino-gate.

A bit of a loose cannon, when compared to the likes of Mason Mount whose approach to being a professional footballer comes more from the James 'just the Ribena, thanks' Milner playbook.

However, he's also a really good player. Every squad needs a wildcard, doesn't it?

Bit like Maddison but safer, Mount is tearing it up at Chelsea and has already scored his first senior England goal.

Trippier remained a Southgate favourite even when his Spurs form hit the fritz. He's found a new lease of life in Madrid and could be useful as a rotation option with Alexander-Arnold...and for his fire-side stories of scoring in a semi-final. Only Raheem Sterling and Harry Kane have made more international appearances than Stones (39 caps) from the most recent England squad. His experience and the fact he plays for Man City (however infrequently) will probably save him from the chop. That and he can play the ball out from the back, don't you know?

It would be gutting for Rice if he went to all the trouble of switching nationalities to play for England only to get overlooked for the Euros squad next summer. Probably won't happen though. Who else is going to play holding midfield? Mark Noble?

Often credited as the only man who can take the ball on the turn from the back four, Winks may have just six senior caps for England but the lack of deep-lying midfield options means he is more than a probable for Southgate. Scoring in the win over Kosovo won't have done his chances much harm either...though Spurs' wretched form might. The natural backup to Harry Kane, Abraham may not play all that much in the tournament but he's ahead of Callum Wilson and the rest for a seat on the plane...

Sancho might even have ranked higher but for the sheer number of forwards around at the moment ready to usurp him if goes off the boil.

However, even with his Dortmund form on the wane, Sancho has established him in Southgate's set-up and may even be a starter next summer.

Weirdly now almost a veteran of the England senior team with 38 caps (the fourth-most of anyone in the last squad), 22-year-old Rashford's goal record is improving and Southgate clearly likes him as a wide option in a front three. Chilwell made his senior debut after the World Cup in 2018 but is now far and away the country's best left back. He'll be in the final 23 unless something catastrophic happens.

It's often hard for people to pin down exactly what Jordan Henderson brings to the England table.

Still, he is the captain of the current Champions League holders and Premier League leaders so his omission from an England side not exactly chocka with traditional central midfielders would be lunacy.

Remember when Maguire endearingly turned up for England duty with a bin bag of his personal effects? Well, now he's the world's most expensive defender and the Three Lions' most trusted centre back. Odd. Probably the best right back in the world at the moment, Alexander-Arnold has almost redefined the position at Liverpool turning the role into one of a playmaker with his wicked passing.

Now ahead of Kieran Trippier, Kyle Walker and the rest.

Not world-class, not that tall, looks a bit like Thomas Turgoose...still, Pickford is the established England number one now, with no real challengers.

Even a not-out-of-the-question Everton relegation battle won't stop him from being first-choice next summer, with his England form pretty impeccable since the World Cup. Get the rave on!

One of few genuine world-class talents in the England set-up, amid the slew of upcoming potential. Sterling has grown into his role at international level, scoring eight times in nine games in 2019 - double the number of goals in his first 47 caps.

Joe Gomez's scratched cheek aside, Sterling is a leader on and off the pitch for Southgate. Captain, top scorer, World Cup golden boot holder, ​record-breaker - at this point only injury will stop Kane from being at the tournament next summer.

Speaking of, has anyone checked his metatarsals recently?

Dean Henderson seems the most credible alternative keeper at present, while Tyrone Mings needs to keep establishing himself as a sort of budget Virgil van Dijk at Villa. In midfield, Dele Alli and Ross Barkley surely can't be far from Southgate's thoughts but really need to hit some form, while Ruben Loftus-Cheek just needs to get fit and play. Up top, Callum Wilson will do vewell to outperform Abraham.