​Liverpool forward Sadio Mané was hauled off at half-time of Senegal's 4-1 win over Eswatini on Monday, prompting fears he had picked up an injury.

With the score at 0-0 in the African Cup of Nations qualifier, Mané surprisingly did not leave the tunnel with the rest of his teammates for the second half, later taking up a position on the substitutes bench.

Fortunately for ​Liverpool fans, ​l​ocal reports (soon shared by English outlets) claim that ​Mané has not picked up any form of injury, and was instead substituted amid fears he could have been sent off.

This guy is not fake. pic.twitter.com/EREXKUv0Ug

The 27-year-old was booked late in the first half and is said to have looked very frustrated at half time, having been fouled countless times by the Eswatini defenders.

Manager Aliou Cissé reportedly did not want to risk going down to ten men at such a crucial point in the game, so he made the decision to bring Mané off to avoid seeing him pick up a suspension as a result of a red card.

Therefore, Mané is expected to be fit and raring to go for Liverpool's trip to Selhurst Park to face Crystal Palace on Saturday. 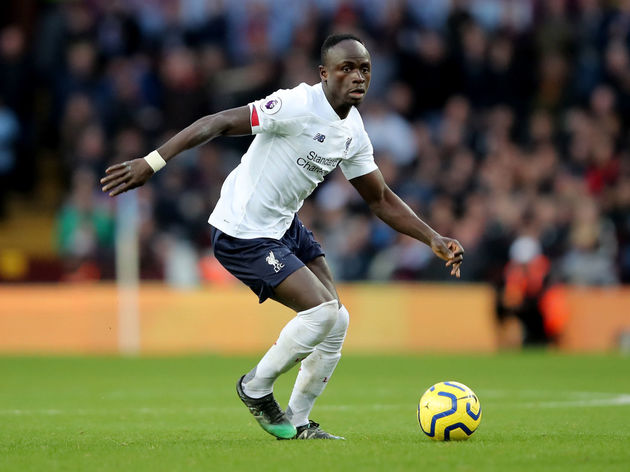 Mane was one of a number of players who saw their international game time cut short during the break, with four key players possibly doubtful for the Reds clash with Crystal Palace next weekend.

​Mohamed Salah withdrew from international duty after aggravating his ankle injury in the 3-1 win over ​Manchester City, and was later seen sporting an ankle brace as he watched his Egypt teammates from the sidelines.

Left back Andy Robertson was also omitted from Scotland duty after suffering with an ankle injury, while Jordan Henderson and Joe Gomez were both forced to pull out of England duty through illness and injury respectively. Beyond the fitness concerns, Netherlands captain Virgil van Dijk also left his team camp ahead of the Estonia game on Tuesday for 'personal reasons', with his side already secure in qualification.

Liverpool will hope to have all their stars fit as they look to continue their unbeaten start to the ​Premier League season when action resumes this weekend. Jurgen Klopp's side currently sit eight points clear at the top of the table, and they will certainly look to Mané to help extend that lead even further.