It's difficult to keep coming up with superlatives for the form of Harry Kane, particularly at international level.

Against Kosovo, Kane took his England total to 29 goals in just 44 games, putting him another strike closer to the heights reached by Three Lions' top scorers ​Wayne Rooney, Bobby Charlton and Gary Lineker... and he's only just hitting his prime years.

While Kane's still got some way to go to top Rooney's record 53 goals for England, he set a record of his own on Sunday night. In scoring in his country's final qualifier of the Euro 2020 campaign - his 12th goal in just eight matches - Kane became the first-ever England player to score in every single match of a qualifying campaign.

The remarkable run was kicked off against the Czech Republic back in March and incorporated hat-tricks against Bulgaria and Montenegro, as his side stormed to seven wins from eight to qualify for the tournament.

Registering four assists, ​Kane contributed to twice as many goals as he did make appearances in qualifying, further bolstering his reputation as one of the most feared strikers on the international scene.

Kane remains England's sixth top scorer of all time, his 29th goal putting him to within 11 goals of Michael Owen in fifth. 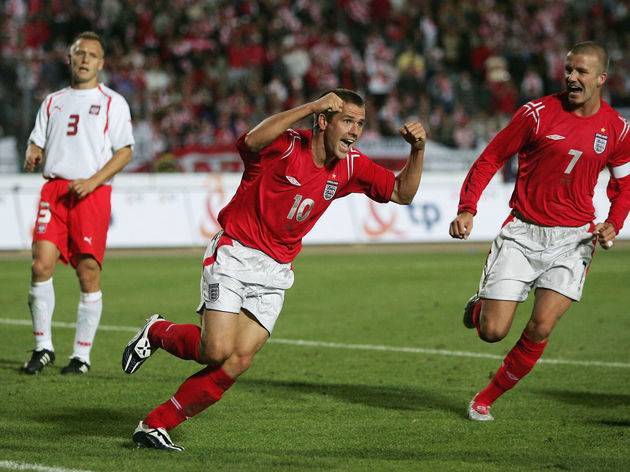 The ultimate goal will be overtaking Rooney, whose 53 goals are the benchmark for any prospective Three Lions striker.

Kane has some way to go before that one, but after winning the Golden Boot at the 2018 World Cup, he will be confident of adding a few to his tally at the Euro 2020 finals.

At just 26, there will likely be another couple of major tournaments - as well as the accompanying qualifying campaigns - in which to keep the records coming.