Three late goals sealed England's 4-0 victory over Kosovo on Sunday, papering over the cracks of a dull and uninspiring performance at the Fadil Vokrri Stadium.

England were below tempo in the opening half hour, but took the lead courtesy of Harry Winks 32nd-minute goal. Declan Rice's ball from deep started the move and Winks finished with aplomb, silencing those who criticised Gareth Southgate's decision to play the pair together.

Falling a goal behind failed to dampen the home side's spirits and Kosovo continued to play attractive football until the half-time whistle blew, ultimately undone by a lack of quality in the final third.

That goal shows exactly why the partnership of Rice & Winks can do so well for England. Rice drops picks up the ball which allows Winks to get up the pitch, Rice plays it forward & Winks can ghost off of Kane & Ox. A beautiful touch & finish as well for the young lad.

Marcus Rashford's 59th-minute introduction was the catalyst for a brief period of improved tempo, the Manchester United striker starting a move that resulted in Harry Kane hitting the post. Poor decision making prevented Rashford from unleashing a shot in the box, and England's attacking intent seemed to fizzle out with that move.

At least until their opponents tired and seemed to switch off. ​Harry Kane 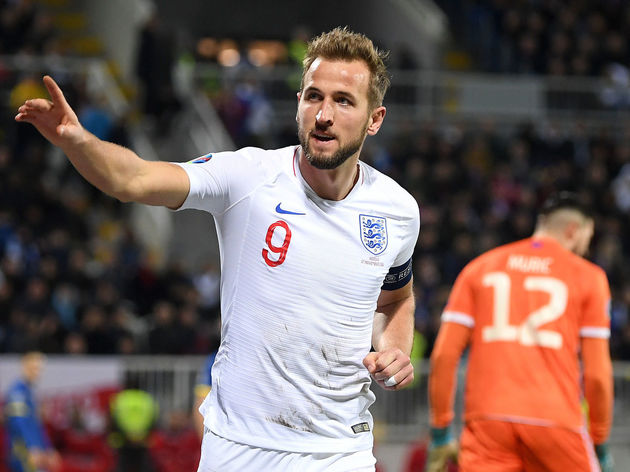 The pre-match narrative was dominated by Southgate's selection of both Rice and Winks, who supposedly couldn't play together. The goal aside, there were signs that this could be an option for England against better opposition.

Winks dropped deeper to offer England greater protection without the ball and in possession, Rice acted as the pivot to enable the Tottenham midfielder to drive forward. This tactical flexibility could be a huge asset when they come up against teams more adept at controlling the ball. 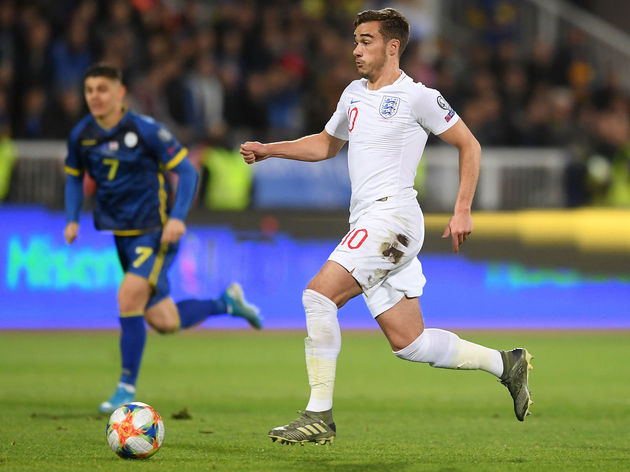 The longer periods in which both sat deep rendered England too ponderous to have any real threat, a balance that will need to be addressed if Southgate has further plans to use the pair in a three-man midfield.

Winks and Rice occupy the same space a bit too much.

Given that qualification had been assured with a 7-0 humbling of Montenegro on Thursday evening, selecting Sunday's drab and painful England performance as the key talking point seemed a little harsh.

But make no mistake, this was one of England's poorest performances under Southgate. The number of players culpable of basic errors is too long to list, yet Trent Alexander-Arnold, Tyrone Mings and Callum Hudson-Odoi were by far the worst culprits. If anonymity is better than committing silly mistakes, Raheem Sterling and Harry Kane can be excused for their prolonged periods without involvement, only coming alive in the final 15 minutes.

In a game without tempo and littered by as many individual errors as this England performance, sometimes scoring a goal is all you need to be named as your team's best player.

Playing in a slightly unfamiliar role for his country, Winks was brave in bringing the ball from deep and showed excellent desire to reach the Kosovo penalty for his opener. There was a genuine quality in his first touch, which allowed him all the space he needed to compose his strike.

 That feeling when you score your first-ever @England goal.

Accused of an obsession for sideways passing, Winks deserves credit for the positive nature of his distribution - something that looked like it could be dangerous when utilised further up the pitch.

The beauty was that Winks still played with the handbrake on to an extent, helping out Rice when Kosovo enjoyed their best spells of possession. This enabled the ​Tottenham midfielder to be in the right place at the right time more often than not, minimising the impact of his teammates' mistakes.

@HarryWinks showing once again how a football is passed, love watching him play

These last 2 games I’ve seen of Harry Winks for England have been impressive. He’s a proper busy centre midfielder who keeps the ball ticking over in a positive way all the time⚽️ #ENGKOS #EURO2020

Note the 30th November in your diary, the day England will discover their Euro 2020 Group D opponents. The 'mouth-watering' prospect of Scotland making up the four-team complement has already caught the eye, although that will depend on their playoff performance. While rumours of a 'group of death' took all of two minutes to rear their pessimistic head.

Once the draw has been completed, expect the FA to announce friendlies against nations suited to Euro 2020 preparation.