​Leicester City have once again made all football fans fall in love with the underdog this season.

The Foxes have been one of the surprise packages of the Premier League campaign, and have earned their place in the top four so far.

But while many eyes are drawn to the English dynamism of Jamie Vardy, James Maddison and Ben Chilwell at the King Power, let us not forget about Harvey Barnes.

Leicester have timelessly exhibited world-class football this season, and have actually made a better start to the term than in their title-winning adventure back in 2015/16. They have been defensively solid and in perfect tandem going forward, with Brendan Rodgers masterminding a superb start for the ​Foxes. 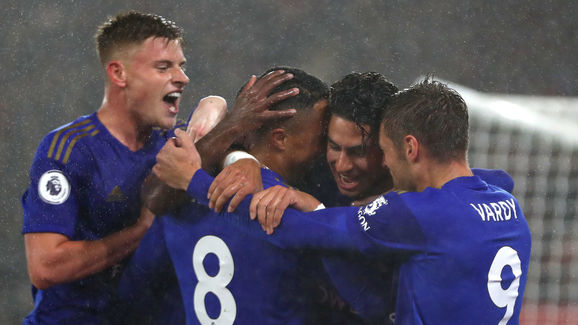 They have scored more goals than anyone bar ​Manchester City, and have conceded the fewest of any ​Premier League side, shipping only nine goals in 12 matches.

Rodgers seems to now know his favoured starting eleven, following a little bit of rotation at the start of the campaign, and an important part of it is Harvey Barnes.

Barnes was recalled in January 2019, following an impressive loan spell with ​West Bromwich Albion, to assist a struggling Claude Puel. You would be forgiven for thinking that this was somewhat clutching at straws from a Leicester perspective, but it actually turned out to be a very important decision for the Midlands side.

Barnes began brightly but failed to deliver when it came to end product for the Foxes. Though since Rodgers took over, the 21-year-old hasn't looked back. The winger has started this campaign tremendously well, scoring the August goal of the month, and providing four assists this term - second only to ​Kevin De Bruyne. He is going from strength to strength for Leicester and it might just be time that Gareth Southgate takes note.

England have plenty of options in wide areas with ​Marcus Rashford, Jadon Sancho, ​Raheem Sterling and even Callum Hudson-Odoi all offering quality from the flanks. However, while one would be foolish to argue that he is near the levels of Sterling or Sancho, Barnes could certainly offer England a reliable back-up option.

The England setup tends to favour those who play for the big names; ​Chelsea, Man City, ​Liverpool etc. But Barnes has a lot to offer. It may not be the glitz or glam provided by Sancho and Hudson-Odoi, who are already playing ​Champions League football, but under the tutelage of Rodgers at Leicester, Barnes has the potential to prove his worth at the highest level.