Bournemouth have become a staple of the Premier League in recent years, dazzling with their surprising success in the top tier.

This year has been no different for the most part, with the Cherries currently sat in ninth place with another strong start to the domestic campaign.

Eddie Howe has worked wonders at the Vitality Stadium with the core of his starting squad similar to that of the side that earned promotion back in 2015.

Here is a look at what has gone well, and not so well, for the Cherries this campaign...

Positive - Top Half of the Table ​​Bournemouth find themselves in the top half of the table after 12 games, sitting comfortably in ninth place. Eddie Howe's side have rather effortlessly broke in to the top ten, with little fuss or drama.

Yet again, the Cherries have been quietly impressive and have gone about their business with relative ease - currently sitting above the likes of ​Tottenham, ​Everton and ​West Ham United.

Bournemouth are already eight points clear of the relegation zone and are set for another season without the excruciating battle against the drop, and may be looking upwards with plenty of points still up for grabs. 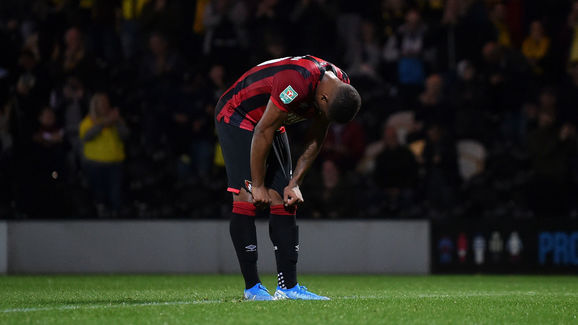 ​While Bournemouth sit in ninth, they have still shown a lack of consistency this season, dropping points in a number of games in which wins would be expected.

A perfect example of this came in their last outing, a 2-1 defeat to ​N​ewcastle at St. James' Park. The game prior, the Cherries had comfortably seen off ​Manchester United at the Vitality and many fans would have expected a result to follow against the Magpies, especially given they took the lead.

However, Bournemouth failed to capitalise, as they have done at several points this season - with disappointing goalless draws against struggling Norwich and ​Watford springing to mind. While three clean sheets doesn't seem a huge deal, for Bournemouth it is. Especially given those shutouts came consecutively in recent fixtures; starting against ​Norwich on 19 October.

One of the criticisms consistently levelled at Bournemouth is their inability to defend, going season to season with little back line improvements that often cost valuable points.

However, Bournemouth have only conceded 15 goals in 12 games, which for them, is a good record based on past experience. With the likes of ​Nathan Ake, Diego Rico and Aaron Ramsdale impressing this term, Bournemouth's long-standing defensive woes seem to be steadily improving. Goals - it's what we most associate Bournemouth with. Dynamic, gung-ho football, with only the aim of outscoring their opponent. However, with an improvement in defence comes a lack of conviction up top.

Bournemouth have scored only 15 goals in 12 games this season, and while that doesn't seem like a great cause for concern, when you compare it to the 21 goals they had netted at this point last season, it is a little worrying.

Callum Wilson is the Cherries' top scorer with five this season, but his form, alongside ​Josh King and Ryan Fraser, has been somewhat fleeting.

If Bournemouth are to push on, they will need to get back to firing on all cylinders. Eddie Howe's side find themselves only only point off the Europa League places at the moment, and with the struggling form of the so-called 'Big Six', it could be a perfect opportunity to challenge for the European places.

Having seen the recent European charges of ​Wolverhampton Wanderers and ​Burnley, the Cherries will undoubtedly believe they have what it takes to join the chasing pack.

Consistency will be key for Bournemouth as a fight for Europa League football requires a standard level of performance, but the south coast side certainly have what it takes to challenge and it would be a historic achievement should they manage it.