​Breaking into the full international team can be a long, hard slog.

You have to pay your dues for the Under-21s - 46 times if you're as unlucky as James Milner - play the waiting game and grasp the opportunity with both hands when it finally arrives.

Failure to do so can result in a return to the youth setup with potential tails between legs - something one player on our list knows all too well. If Pep Guardiola's press conferences are anything to go by, Phil Foden is one of world football's brightest young midfielders. If you use minutes on the pitch as a metric, then the 'Stockport Iniesta' will be waiting a long time to catch up to the Spain legend of that rather generous nickname.

The problem for Foden is that minutes make the midfielder, something Gareth Southgate has been clear about in his squad selection. At 19, there will be admiring glances to both Declan Rice (20) and James Maddison (22) who have qualified as full England internationals by completing their own Premier League apprenticeships.

While Maddison and Rice can boast 47 and 73 appearances respectively, Foden sits on just 22 - the majority coming as a substitute. Southgate has earmarked the midfielder as one for the future, but progress cannot happen without minutes for ​Manchester City. When your career trajectory begins by breaking Barcelona records before you can legally buy a beer, you'd probably expect your international career to gain momentum at a similar pace. If Moise Kean had hit the ground running at Everton then there's an argument that he could have been leading the line in Roberto Mancini's surge for Euro 2020.

Sadly, ​the Toffees are yet to witness the great potential Kean showed at Juventus and he finds himself back in the Italy Under-21 squad, after failing to score a Premier League goal thus far. 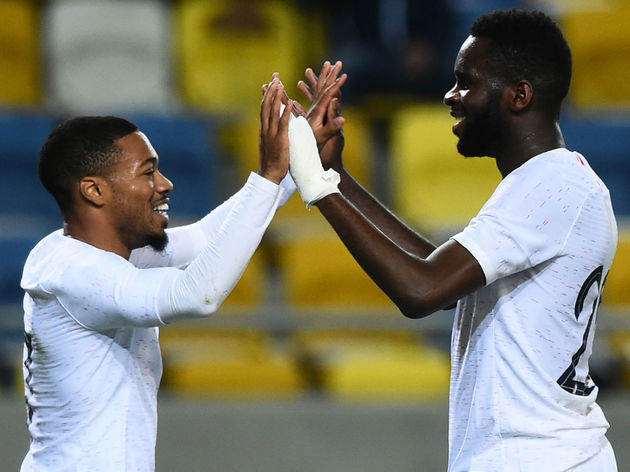 Celtic supporters will be more surprised that their latest young talent hasn't been picked off as of yet. After 14 goals in 28 Scottish Premiership appearances in 2018/19, Edouard has already notched eight in 11 this season - goalscoring form that has continued for France Under-21s.

Edouard is currently the top scorer in Euro 2021 qualification and has scored six times in just three fixtures, hence his inclusion here.

The issue lies in France's embarrassment of attacking riches, but with ​Oliver Giroud now 33 and Bossing the midfield battle against PSG at just 16 was always going to catch the eye, but that 2-1 victory for Rennes catapulted

If links to Manchester City were enough to earn a place in the full Croatia squad, Antonio Marin would have said

Contracted until 2024, Dinamo will be hopeful of hanging on their young talent for at least the foreseeable future.