​England head in to their final Euro 2020 group stage match against Kosovo having already secured qualification, following the 7-0 massacre of Montenegro on Thursday evening.

Sunday's encounter could be a fantastic opportunity for Gareth Southgate to rotate his starting eleven and offer some vital experience to those on the fringes of the Three Lions' setup.

With that in mind, here is the starting XI England should field this Sunday against Kosovo: ​Nick Pope (GK) - The ​Burnley shot-stopper is in line to start his first England match, with Jordan Pickford set to be rested between the sticks. Southgate is ready to hand Pope his full debut with the England manager keen for the keeper to gain crucial international experience before Euro 2020. The 27-year-old has been impressive for Burnley this season, having kept four clean sheets for the Clarets.

Kieran Trippier (RB) - The full-back should offer some much-needed defensive stability to England's back line following his omission from Thursday's starting eleven. Southgate will be fully aware of the attacking capabilities of Kosovo, who managed to put three past England in the 5-3 reverse fixture back in September, and Trippier offers greater cover at the back than Trent Alexander-Arnold.

Harry Maguire (CB) - The world's most expensive defender was in line to earn a well-deserved rest for England on Sunday, however Joe Gomez's absence and John Stones' late fitness test leaves Southgate a little short at centre-back. Maguire has featured in every one of England's qualification matches so far, and should be utilised once more.

Tyrone Mings (CB) - The centre-back is in line to start only his second game in an England shirt, and has shown his Premier League credentials this campaign with a host of fantastic performances for ​Aston Villa. The defender could see this as an opportunity to stake his claim for a place alongside Harry Maguire in a permanent England defence.

Ben Chilwell (LB) - While the full-back could be subject to rotation, the Leicester defender has been one of the Premier League's brightest this campaign and has begun to transfer his form to England duty. The 22-year-old bagged a hat-trick of assists in England's 7-0 thrashing of Montenegro and has become a key part of Southgate's defence. 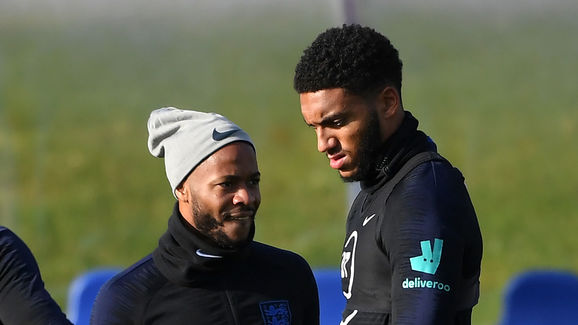 Raheem Sterling (LW) - Sterling has been in the headlines for all the wrong reasons this week. His training ground bust-up with Joe Gomez has caught the eye of the media, but it's now time for the Man City winger to do his talking on the pitch. After being dropped on Thursday, Sterling is set to start and could add to the eight goals he has already got in only six qualification matches.