Piqué grew up in Barcelona's academy but left in a £4.7m to join the Old Trafford club in 2004, going on to make 23 appearances for the club - as well as 28 whilst on loan at Real Zaragoza - before returning to his boyhood club four years later.

The Spain international was a frustrated figure at United due to the lack of game time he was getting under Sir Alex Ferguson, but Piqué 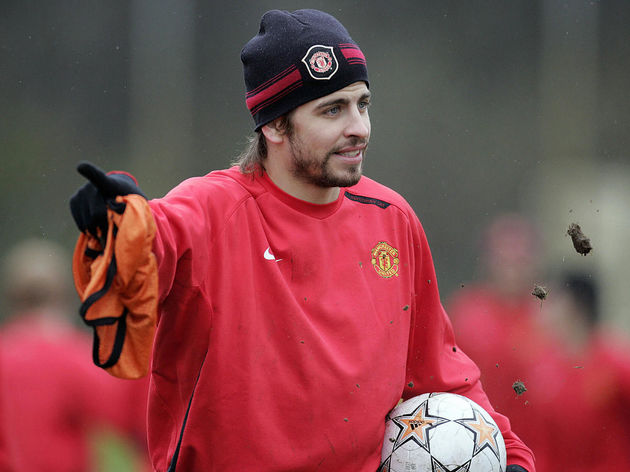 "I grew up a lot there. I am who I am because of the period I had at Manchester United, even though I didn’t play as much as I wanted to.

"But in my position, there were two centre-backs who were among the top three in the world at the time [Rio Ferdinand and Nemanja Vidic]. But being at home, and having the career I have had at home, has been a great pleasure and I am very proud of it."

Dynamo Kyiv and AS Roma to help United finish five points clear at the top of Group F.

Piqué was involved for the club when they faced Roma once again in the quarter-final stage of the competition and he remained an unused substitute as Manchester United drew away at Barcelona in the next round. He wasn't involved in the final at the end of the season, but Barcelona