​Wales battled to a vital 2-0 victory over Azerbaijan on Saturday evening, and a Slovakia defeat helped to edge Ryan Giggs' men ever-closer to Euro 2020 qualification.

There were plenty of talking points across Europe as the group stages head into the final stretch, 90min's 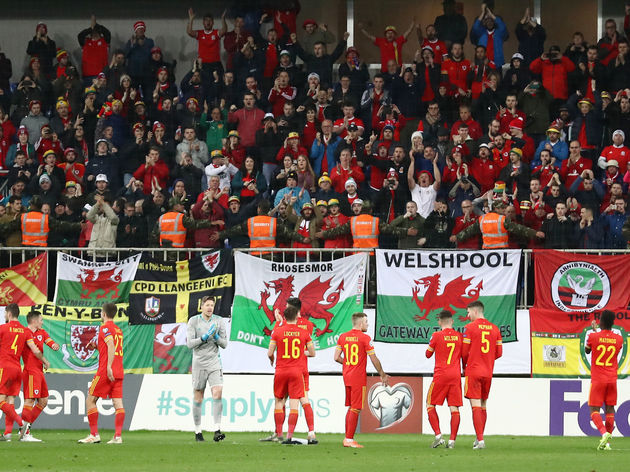 over Slovakia, the hosts coming from behind to score twice in four minutes, which sealed the World Cup finalists' place in next summer's tournament.

Another big performance in what could be Michael's final home game in charge... #GAWA #ThankyouMichael pic.twitter.com/haAQixzPUE

Eden Hazard for Belgium since 2015:

There were no surprises in Group G as the top three teams all won on Saturday evening, with Austria confirming that they will follow group leaders Poland to Euro 2020, while Slovenia may have to settle for the playoffs.

Austria earned a 2-1 victory over North Macedonia, David Alaba and Stefan Lainer giving the hosts a comfortable lead, until the visitors found the net with a late consolation goal.

Robert Lewandowski was a second-half substitute for Poland, as the Eagles ran out 2-1 winners over Israel, despite

Here are all the results from Saturday's Euro 2020 qualifiers.